Cricket Australia on Wednesday announced the appointment of former player Melanie Jones as their new director. 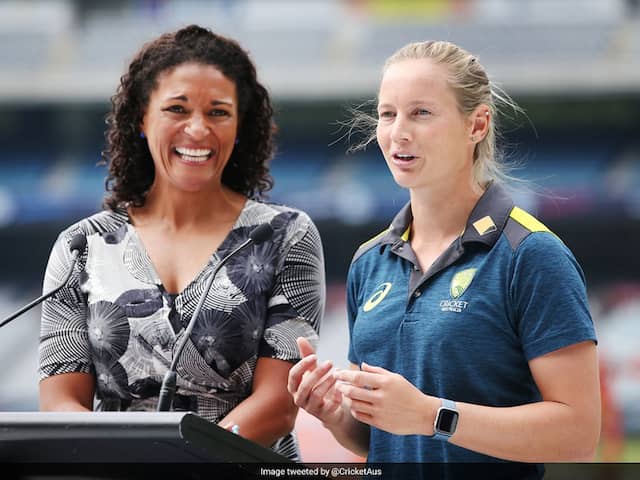 Melanie Jones (L) received the Medal of the Order of Australia in 2019.© Twitter

Cricket Australia on Wednesday announced the appointment of former player Melanie Jones as their director. A former international cricketer, Jones debuted for Australia in 1997 when she joined the team and won her first of two World Cups (2005). The following year saw her make her first Test century, while on debut (131), in her first of two successful Ashes campaigns (2004).

We'd like to extend a warm welcome to @meljones_33, who has been appointed as a Director on the Cricket Australia Board.

Jones was recognised in 2019 with one of Australia's highest honours, the Medal of the Order of Australia, for services towards cricket and the community among a long list of accolades and acknowledgements.

Can't wait to bring a lifetime of cricket experiences, conversations & connections to the board of @CricketAus. So appreciative for the chance to play a role in making cricket stronger, more enjoyable & inclusive for all on and off the field. #SportForAll https://t.co/aZh8JuNuhr pic.twitter.com/WGXifq1CQR

"I'm excited to have this opportunity to work with the Board to strengthen cricket's bond with the community and ensure a healthy and sustainable future for the next generations," Jones said after her appointment.

"I have much admiration for the work that has been undertaken over the past 18 months in particular, an incredibly challenging time for cricket, and testament to its place in the hearts of Australians," she added.

Cricket Australia Chairman Earl Eddings welcomed Jones to the board: "Mel has been an active and inspiring part of the cricket fabric for many years and we are privileged to have her join the board. Australian cricket has been undergoing significant change over the past two years and I've no doubt Mel's experience on and off the field will be an asset to the team as we move into our next phase."