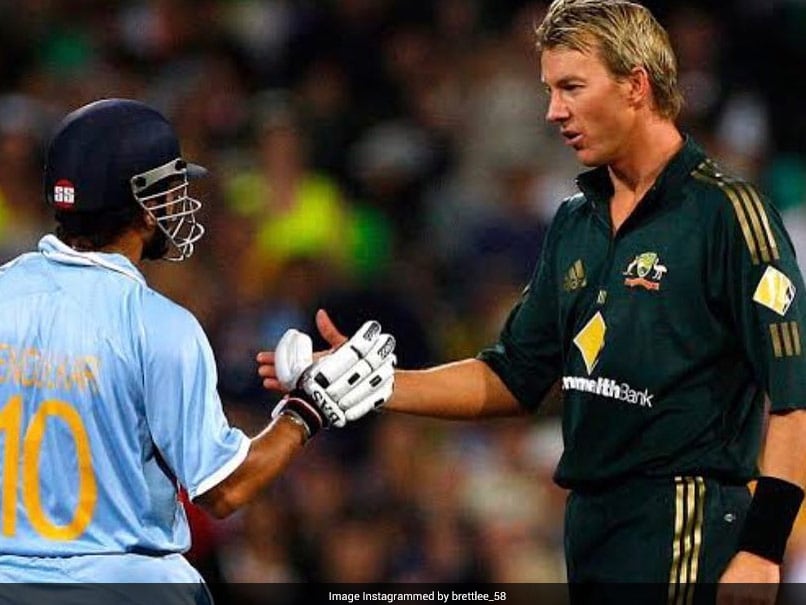 Brett Lee during a match between Australia and India.© Instagram

Following the footsteps of fellow-Australian pacer Pat Cummins, cricketer-turned commentator Brett Lee has also come to India's aid in its fight against the COVID-19 pandemic's second wave. The 44-year-old, who is currently in India for the ongoing IPL 2021, took to Twitter to announce that he would be donating 1 Bitcoin to help with "the purchase of oxygen supplies for hospitals across India." It is worth noting that 1 Bitcoin is approximately 40,95,991 Rupees. Earlier on Monday, Cummins revealed that he would be donating US $50,000 to the 'PM Cares Fund' for a similar purpose.

Taking to Twitter, Lee wrote, "India has always been like a second home for me. The love and affection that I have got from the people of this country both during my professional career and even after my retirement, holds a special place in my heart. It saddens me deeply to see people suffering due to the ongoing pandemic.

"Now is the time to be united and ensure we do as much as we can to help the ones in need," he wrote.

India has been heavily hit by the second wave of the pandemic, and recorded over 3.23 lakh new coronavirus on Tuesday. India also registered 2771 deaths in the last 24 hours.

Pat Cummins
Get the latest updates on SA vs IND 2021-22, check out the Schedule and Live Score . Like us on Facebook or follow us on Twitter for more sports updates. You can also download the NDTV Cricket app for Android or iOS.