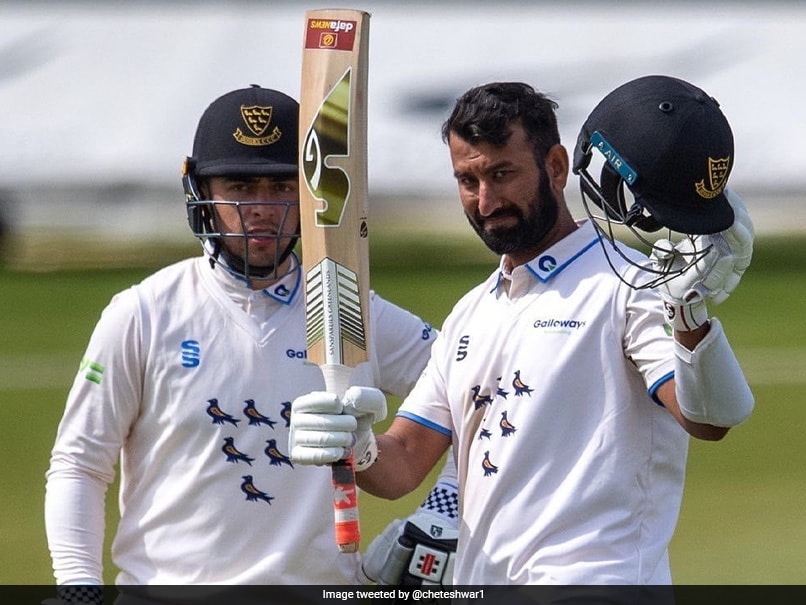 Cheteshwar Pujara scored a double ton in the second innings of his Sussex debut.© Twitter

Senior India batter Cheteshwar Pujara redeemed himself with an unbeaten double hundred in the second innings as Sussex snatched a draw against Derbyshire at the 2022 County Championship on Sunday. Making his debut for Sussex, Pujara was dismissed for six off 15 balls in his first innings on the second day as his team folded for 174 in 56.3 overs in reply to Derbyshire's 505.

However, the Indian produced a superb show in his second essay, hitting an unconquered 201 not out off 387 balls. His innings was studded with 23 hits to the fence.

He shared a 351-run partnership with skipper Tom Haines (243) for the third wicket to bail out Sussex, who were 513 for three in 176.1 overs when the match ended in a draw.

The veteran batter was dropped from the Test team following the series in South Africa. Ajinkya Rahane, too, was ignored for the home series against Sri Lanka.