Cricketers and other athletes are taking to social media and urging their fans to stay indoors during the nationwide lockdown to counter the coronavirus pandemic. 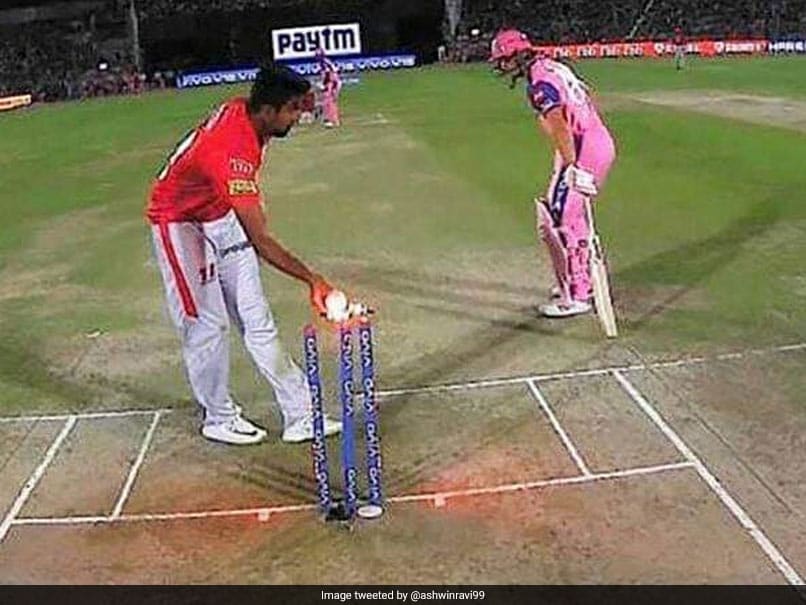 Ravichandran Ashwin, India's senior spin bowler, has recently been quite active on social media. With cricketers in the country undergoing a forced break due to the coronavirus threat, Ashwin shared a hilarious tweet that was sent to him by a fan. In the post shared by Ashwin he says, "Hahaha, somebody sent me this and told me that it's exactly been one year since this run out happened. As the nation goes into lockdown, this a good reminder to my citizens. Don't wander out. Stay inside, stay safe! #21DayLockdown".

The "Mankading" incident took place last year in which the then King's XI Punjab captain Ravichandran Ashwin and Rajasthan Royals batsman Jos Buttler were involved. The incident had left cricket fans divided as some thought that the incident was against the spirit of cricket. The other half thought that it was completely fine as according to the rule, which gives a bowler the right to run the non-striker batsman out if he is standing outside his crease by dislodging the bails before bowling the ball.

Hahaha, somebody sent me this and told me it's exactly been 1 year since this run out happened.

As the nation goes into a lockdown, this is a good reminder to my citizens.

Ashwin was released by King's XI Punjab after which KL Rahul was appointed the captain of the side. The Indian off-spinner will now be seen donning the Delhi Capitals jersey as he looks to begin his first stint with the side in the upcoming edition of the IPL.

The Indian Premier League 2020 was scheduled to begin from March 29 but BCCI decided to postpone the cash-rich league to April 15 as a precautionary measure in the battle against the coronavirus pandemic.