The Pakistan Cricket Board has said it will provide financial assistance to first-class cricketers, match officials, scorers and ground staff. 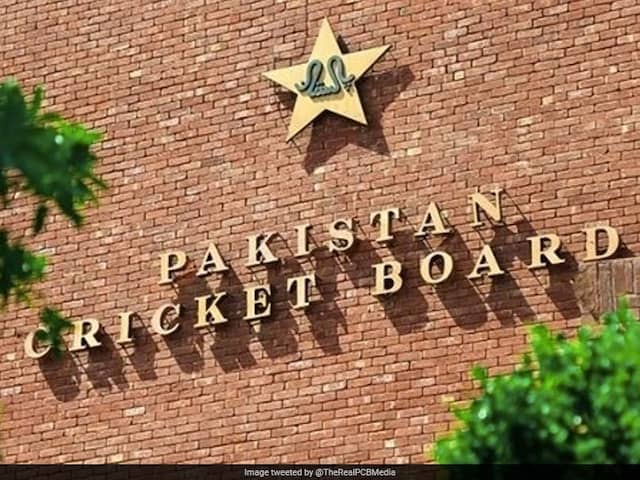 The PCB has already contributed to Pakistan's Prime Minister's relief fund for the coronavirus pandemic.© Twitter

The Pakistan Cricket Board (PCB) on Sunday announced that it will be helping and supporting first-class cricketers and other stakeholders who have been facing hardships in the wake of the COVID-19 lockdown. All sporting action across the world has come to a halt due to the coronavirus pandemic and as a result, many first-class cricketers are facing problems. The PCB has revealed that along with the first-class cricketers, the board will also be extending help to the match officials, scorers, and ground staff.

"The PCB feels it has a duty of care towards its stakeholders and, as such, it is imperative that we stand by our people during the lockdown period and support them in the lead up to Eid Al-Fitr. It was the right time to support cricketers, match officials, scorers, and ground staff in this hour of need," PCB chairman Ehsan Mani said in an official statement.

"It is also heartening to see our cricketers coming out and supporting the people in need by auctioning their prized possessions and through various charities. While I am sure many players are making donations in private, I want to applaud and appreciate Shahid Afridi, Rumman Raees, and Azhar Ali who have been at the forefront of this noble cause and have been doing outstanding work," he added.

The board has set aside funds from its current fiscal year and with the help of those funds, the PCB would be extending support.

With limited funds available, the PCB has set out eligibility criteria and it is as follows-- First-class cricketers who featured in the 2018-19 season and have played at least 15 first-class matches in the past five seasons from 2014-15 to 2018-19, match officials and scorers who have officiated in PCB-organised events over the past two seasons and ground staff that had been employed by the now-defunct regional/district cricket associations before January 1, 2013 (should have approximately eight years of service).

The first-class cricketers, who will meet the criteria, will receive PKR 25,000. The match officials will get PKR 15,000, while the scorers and grounds staff will be given PKR 10,000.

Earlier, the PCB had contributed PKR 10 million to the Prime Minister's COVID-19 Pandemic Relief Fund with half of the share coming from the centrally contracted men and women cricketers and the PCB staffers.

Shahid Afridi Cricket
Get the latest updates on IPL 2020, check out the IPL Schedule for 2020 and Indian Premier League (IPL) Cricket live score . Like us on Facebook or follow us on Twitter for more sports updates. You can also download the NDTV Cricket app for Android or iOS.