Watch: How KL Rahul Is Keeping Himself Busy While On Self-Isolation

Although staying at home can get a bit boring, KL Rahul has a few fun things that can help you beat the boredom during self-isolation. 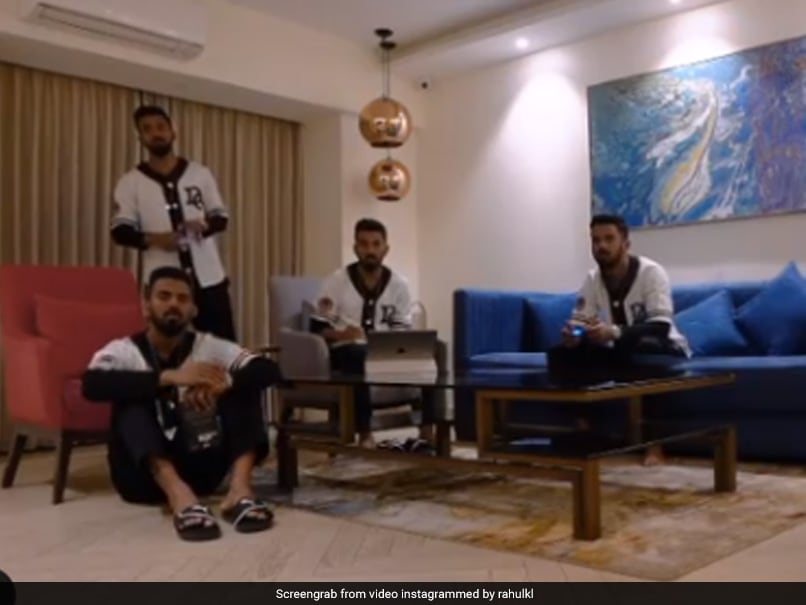 In the wake of the coronavirus threat, Indians have been asked to self-isolate and stay indoors as much as possible. Although staying at home can get a bit boring, KL Rahul has a few fun things that can help you beat the boredom during self-isolation. The Indian cricketer shared a video on Instagram, where he is seen spending time knocking the ball around and spending some time on his PlayStation. The Indian batsman is also seen reading a book and doing some work on his iPad.

Rahul has been in tremendous form for India in ODIs and T20Is. In the five-match T20I series against New Zealand, which concluded back in February, Rahul smashed 224 runs and set a new world record for the highest number of runs in a T20I bilateral series.

He is also the only wicket-keeper batsman after MS Dhonito have scored multiple fifties in T20I cricket for India.

In the ODIs against New Zealand, Rahul managed to score 204 runs in the three-match series. Rahul smashed his first ODI hundred in New Zealand in the third match of the series but could not help India win the game.

Shifting focus to the IPL, KL Rahul was recently appointed the captain of Kings XI Punjab after Ravichandran Ashwin was released by the franchise.

Kings XI Punjab will be hoping that Rahul can continue his good form in the upcoming edition of the IPL and help them win the trophy under his leadership.

KL Rahul Cricket
Get the latest updates on IPL 2021, check out the IPL 2021 Schedule and Indian Premier League Live Score . Like us on Facebook or follow us on Twitter for more sports updates. You can also download the NDTV Cricket app for Android or iOS.