Officials from England and India are in talks over dates for an all-formats England tour to India from late January to late March and India's Test tour to England due later in 2021. 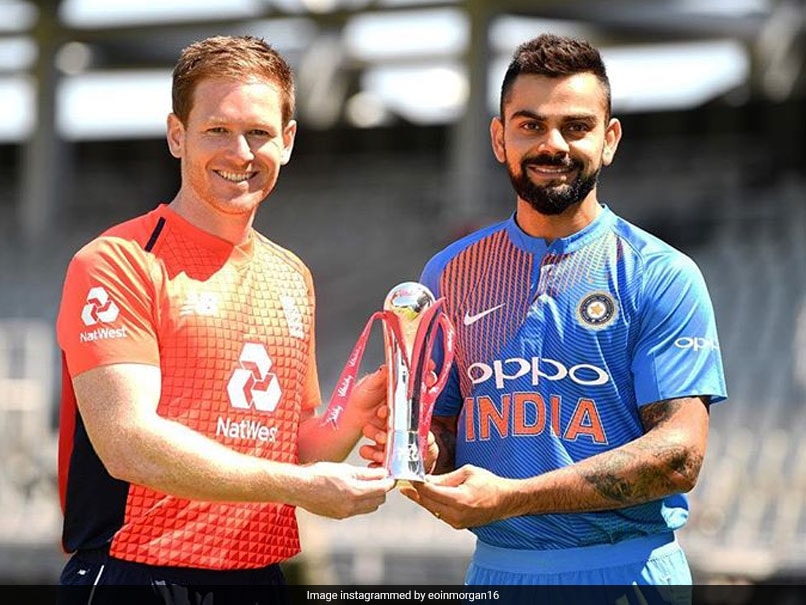 India were scheduled to host England for three ODIs and three T20Is in late September.© Instagram

England's upcoming white-ball tour to India has been postponed due to disruption caused by coronavirus, cricket chiefs announced on Friday. A programme of three one-day internationals and three Twenty20 games, originally due to start in late September, would have been ideal preparation for the T20 World Cupin Australia later in the year. But that tournament has now been put on hold and India is struggling to contain the outbreak of COVID-19.

Officials from England and India are in talks over dates for an all-formats England tour to India from late January to late March and India's Test tour to England due later in 2021.

England, who are the reigning world champions in the 50-over format, are currently scheduled to play five Tests in India from January to March next year.

"International cricket between India and England is a highlight of the cricketing calendar and we look forward to working with the BCCI (Board of Control for Cricket in India) to firm up the schedules for these eagerly anticipated tours as soon as possible," said ECB (England and Wales Cricket Board) chief executive Tom Harrison.

BCCI secretary Jay Shah said: "I am pleased with the way BCCI and ECB have managed the situation. The rescheduled tour is also being redesigned in a way to accommodate both red and white-ball formats."

If health conditions do not improve, the fixtures could be staged in the United Arab Emirates, which will stage the lucrative Twenty20 Indian Premier League from September.

The only major international cricket being staged anywhere in the world at present is in England, who are hosting Pakistan in a three-Test series.

All of the matches are taking place behind closed doors, with strict anti-virus protocols in place.

England Cricket Team BCCI Cricket
Get the latest updates on SA vs IND 2021-22, check out the Schedule and Live Score . Like us on Facebook or follow us on Twitter for more sports updates. You can also download the NDTV Cricket app for Android or iOS.