Colin Ackermann took six of his seven wickets in the space of two overs. 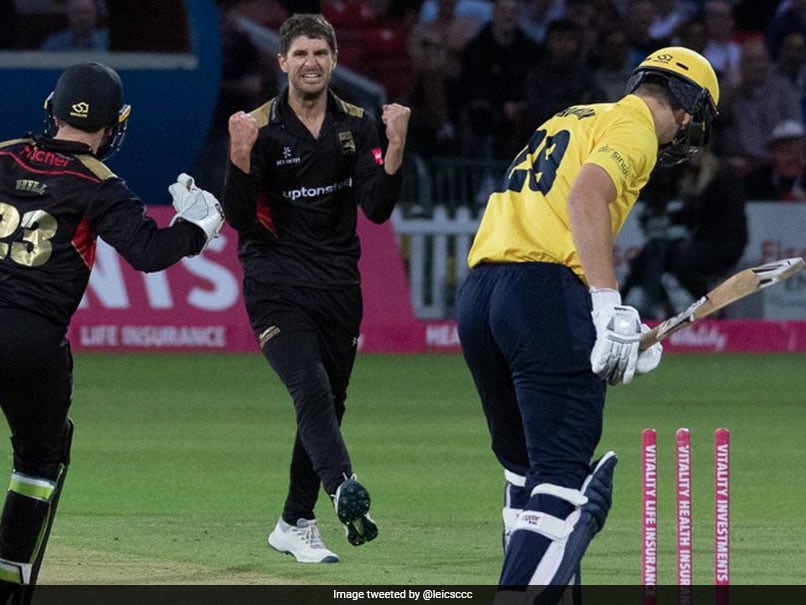 South African spinner and Leicestershire captain Colin Ackermann claimed a new Twenty20 world record on Wednesday when he took seven wickets for just 18 runs in a Vitality Blast T20 league match. The 28-year-old took the wickets of Michael Burgess, Sam Hain, Will Rhodes, Liam Banks, Alex Thomson, Henry Brookes and Jeetan Patel in his side's 55-run over Warwickshire at Grace Road. Ackermann took six of his seven wickets in two overs as Birmingham lost their last eight wickets for just 20 runs to be bowled out for 134, chasing 190.

Malaysian bowler Arul Suppiah held the previous world record when he claimed 6/5 for Somerset against Glamorgan in 2011.

"It hasn't really sunk in. I'm sure I'll remember this game for a long time," the Leicestershire captain said after the visitors, chasing 190 to win, were dismissed for 134.

"I think it's the first time it's really turned at Grace Road. I tried to use my height and get a bit of bounce.

"I wanted to get the batters to hit into the bigger side of the field and mixed up my pace."

He added: "Never in a million years (did he think he would set a world record). I'm a batting all-rounder."

Wawrickshire skipper Patel said: "You can't take away from a great display of bowling. Colin's spell put them in the ascendancy."