CoA chief Vinod Rai said such a move would have been futile considering it is an Air Force-owned facility. 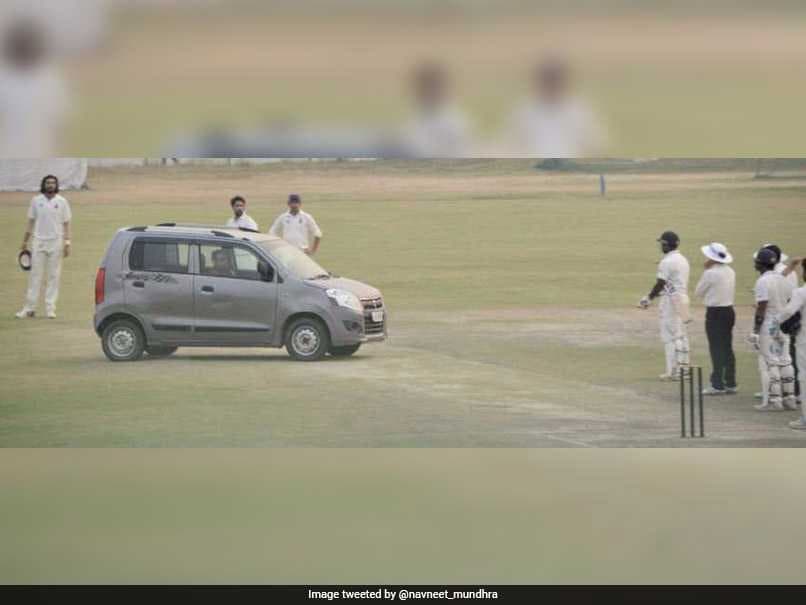 COA chief Vinod Rai on Monday overruled acting president CK Khanna's decision of forming a committee to investigate the security lapse during a Ranji Trophy gameat Palam, saying such a move would have been futile considering it is an Air Force-owned facility. In a mail to COA and BCCI officer-bearers, Khanna informed them about his decision to form a panel chaired by acting treasurer Aniruddh Chaudhary with Ratnakar Shetty being the convenor. The other members were supposed to be Avishek Dalmiya (CAB) and Jai Shah (Gujarat CA).

Responding to that communication, Rai wrote to the concerned officials including Khanna that the committee was not needed and hence disbanded it.

"I find that the acting President did not get himself briefed by the BCCI administration before deciding to constitute the said committee. There was no consultation with the COA either on this issue," Rai wrote in the mail, a copy of which is in possession of PTI.

"It needs to be appreciated that the Palam ground is an Air Force ground. Security of armed forces premises are managed by the Armed Forces themselves and they will not allow BCCI or any other civilian agency to undertake investigation of either its premises or provide documents.

"Hence, the exercise of 'collecting documents/reports to prepare the details' by Prof. Shetty will be a futile exercise. It will thus unnecessarily cause inconvenience the members of the committee with no tangible benefit emerging from the exercise," Rai wrote further.

When Khanna was asked about COA's decision, he said: "I formed the committee after discussion with some of the senior board members. I felt it was the right thing to do as the acting president. This is how BCCI has functioned over the years." On day three of the Ranji Trophy encounter, one man identifying himself as Girish Sharma had breached the security at the Airforce ground and was allegedly in an inebriated state when he drove his car onto the pitch with international players such as Gautam Gambhir and Ishant Sharma on the field.

As a result of that glaring lapse, BCCI affiliate Services Sports Control Board (SSCB) barred spectators from entering the ground on the final day.

The BCCI has already sought an explanation from SSCB.

"Incidentally, the action of seeking details and explanation of the Services Sports Control Board has already been done by the BCCI--- Prof. Shetty has written to the Board. The state associations have also been cautioned about the need to maintain security on their premises when such matches are being played.

"The Acting President would have been made aware of the actions taken if he had sought the details before constituting the committee," wrote Rai.

"In the light of the aforementioned the setting up a committee to investigate into the security lapse will be wholly unnecessary. The same need not be given effect to. The committee is disbanded," he added.

Comments
Topics mentioned in this article
Cricket Vinod Rai
Get the latest updates on ICC T20 Worldcup 2022 and CWG 2022 check out the Schedule, Live Score and Medals Tally. Like us on Facebook or follow us on Twitter for more sports updates. You can also download the NDTV Cricket app for Android or iOS.