Chris Woakes acknowledged that Alex Hales remains a "world-class player" and admitted that he would be happy to see him back in the England squad. 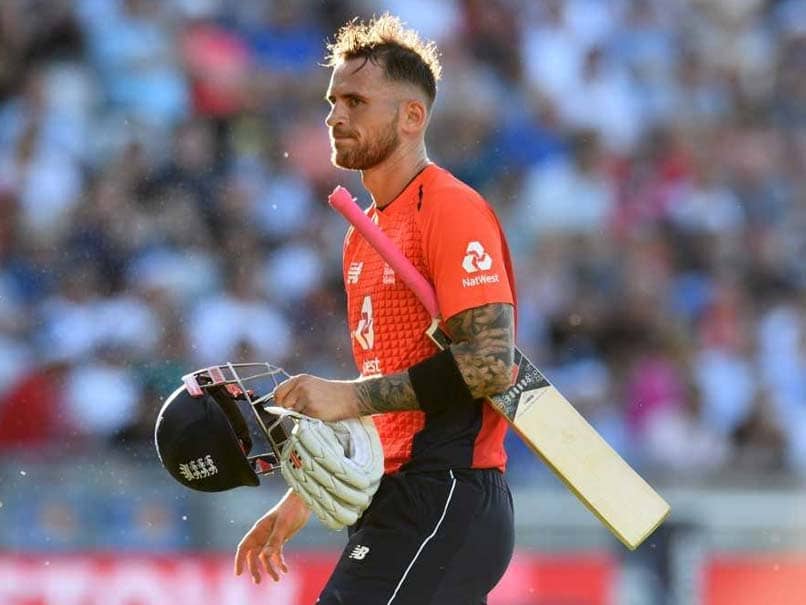 Alex Hales was axed from the England squad for failing a second test for recreational drug use.© AFP

England fast bowler Chris Woakes believes that his compatriot and opening batsman Alex Hales, who was axed from England's World Cup squad last summer, deserves a "second chance". Hales was axed from England's (eventual winners) 50-over World Cup squad for failing a second test for recreational drug use. Chris Woakes acknowledged that Hales remains a "world-class player" and admitted that he would be happy if Hales is back in the England squad. "I don't 100 per cent know what will happen but I'd be happy to see Alex back in England colours. I would imagine the majority would have the kind of views I have given," ESPNcricinfo quoted Woakes as saying.

People deserve a second chance, as long as they've gone away and worked on a few things. I don't know why anyone would see that any differently," he added.

Hales, who has played 60 T20Is was a member of the England side that reached the final of the ICC T20 World Cup in 2016 in India. Hales had been a key cog in the batting wheel of England side in the past few years especially after the 2015 ICC World Cup.

"I think if people have gone away for a time and worked on their weaknesses, they should be allowed a second chance. Alex is a world-class player. I have played a lot of cricket with him from a young age actually," Woakes said.

"We have a culture and an environment in the England squad that we all try and pull in the right direction. If Alex is willing to do that then I imagine everyone would be happy to see him back playing for England," he added.

Earlier this month, England's white-ball skipper Eoin Morgan said that the "door is still open" for Hales to earn a recall to the Three Lions T20 World Cup squad if he gains back the trust of the management.

England became the first cricket playing nation to commence training for its players after been badly hit by the COVID-19.

Currently, all the cricketing action across the world has come to a standstill due to the pandemic