Sheffield Shield: Mitchell Starc, renowned for his killer yorkers, is also not shy of sending down the short stuff, as Marnus Labuschagne found out. 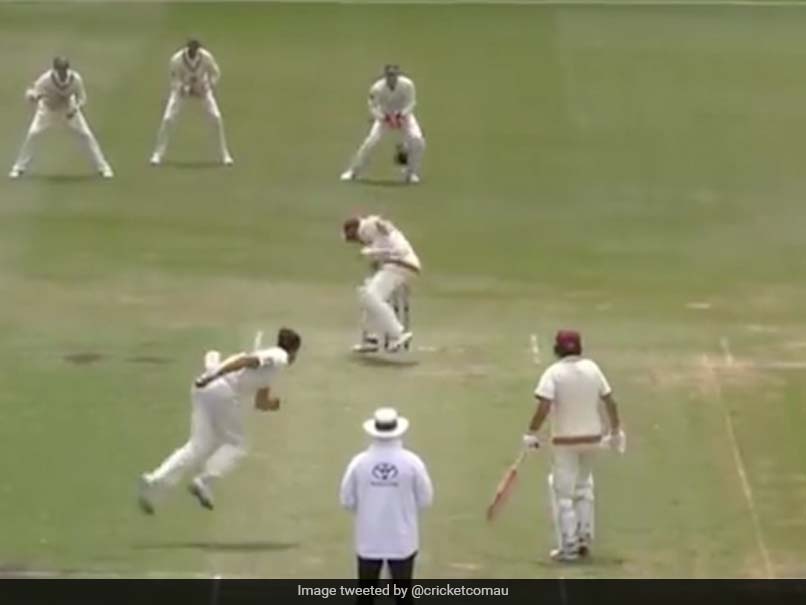 Sheffield Shield: Mitchell Starc struck Marnus Labuschagne on the arm with a brute of a bouncer.© Twitter

Mitchell Starc and Marnus Labuschagne represent Australia on the international stage, but they are on opposing ends when it comes to Sheffield Shield -- Australia's domestic tournament. Starc and Labuschagne might share the same dressing room on international duty, however, the fast bowler was in no mood of handing out favours during a Sheffield Shield match between Queensland and New South Wales. Starc steamed in and bowled a vicious bouncer that struck Labuschagne on his arm. Fortunately for the batsman, no harm was done, as he casually walked away for lunch.

That's a brute of a ball!

This was not the only incident involving the two Australian national team stars on Day 1 of the match. With Labuschagne batting on 39 and Queensland on 127 for four, Starc ran into bowl at Jimmy Peirson but stopped just as he was going to deliver the ball.

Starc then warned Labuschagne to get back into his crease. Funnily enough, Labuschagne had not backed up too much and was only a few centimetres off the line.

There seems to be no love lost between these two Australian cricketers.

Watch as Starc nearly 'Mankads' Labuschagne but instead decides to give him a talking:

A warning from Mitch Starc to Marnus Labuschagne #SheffieldShield pic.twitter.com/iGGQU7lItP

Labuschagne, though, was unperturbed by his battle with Starc and went about his business, scoring a fine half-century.

At the time of writing this, Queensland were 201 for four after 67 overs, with Labuschagne not out on 83 while Peirson was batting on 39.

New South Wales won the toss and elected to field. Bryce Street and Joe Burns gave Queensland a solid start before Harry Conway sent Street on his way. Burns was the next to fall while Usman Khawaja didn't last long either as Sean Abbott struck in quick succession.

Matt Renshaw was sent packing by Starc as Queensland found themselves in a spot of bother at 115 for four.

However, Labuschagne and Peirson played brilliantly to steady the ship for Queensland.

Mitchell Starc Marnus Labuschagne Cricket
Get the latest updates on ICC T20 Worldcup 2022, check out the Schedule and Live Score. Like us on Facebook or follow us on Twitter for more sports updates. You can also download the NDTV Cricket app for Android or iOS.