Bowler Like Lasith Malinga Can Win You Games From Any Situation: Harbhajan Singh

Harbhajan Singh heaped praise on Lasith Malinga and termed him the biggest match-winner of all time. 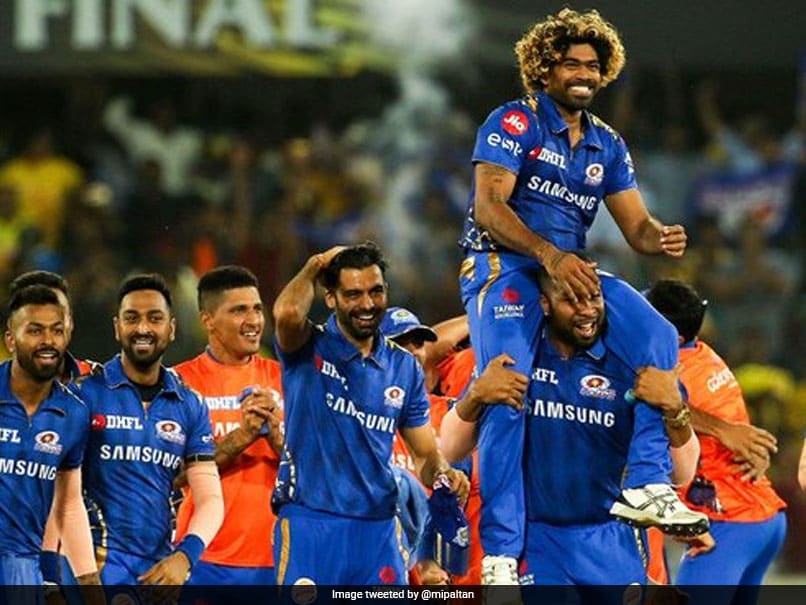 Lasith Malinga has decided to retire from franchise cricket.© Twitter

Following Lasith Malinga's decision to retire from franchise cricket, his former Mumbai Indians teammate Harbhajan Singh on Thursday said a team can win a game from any situation if it has a bowler like Sri Lanka's pace spearhead. Malinga informed the Mumbai Indians management about his decision earlier this month, making himself unavailable for the upcoming season of the IPL. Harbhajan heaped praise on Malinga and termed him the biggest match-winner of all time. The duo had played together from 2008 to 2017 before Harbhajan joined Chennai Super Kings (CSK) in the 11th edition of the Indian Premier League (IPL).

"Biggest match winner ever #Malinga when u have bowler like him in your side he can win you game from any situation.. 10 yrs with you @mipaltan were very special.. what a LEGEND," Harbhajan tweeted.

Biggest match winner ever #Malinga when u have bowler like him in your side he can win you game from any situation.. 10 yrs with you @mipaltan were very special.. what a LEGEND https://t.co/pxFucSiVIe

Mumbai Indians also thanked Malinga for the memorable moments that the pacer gave the team, especially on the final ball of a championship match. The Mumbai based franchise paid tribute with a short video in which chants of MA-LIN-GA MA-LIN-GA could be heard, recreating the Wankhede experience.

"Malinga is staring down. He lifts his hand up and kisses the ball. Wankhede is echoing with MA-LIN-GA MA-LIN-GA as he picks up momentum in his run up. He slings and bowls. The ball moves, dips and finds the base of the stump through the batsman's defence," Mumbai Indians tweeted.

"You gave us 170 moments to celebrate. But the most memorable ones came on the final ball of the match. You smiled, you bowled, you won and for that we say #ThankYouMalinga," it added.

Meanwhile, Harbhajan's stint with CSK came to an end on Wednesday as the MS Dhoni-led side released the Indian spinner, Kedar Jadhav, Murali Vijay, and Piyush Chawla from the squad.

CSK had a dismal outing in last year's IPL. The Chennai based franchise finished at the seventh position in the points table. CSK has won the IPL thrice and it is regarded as one of the most successful franchises in T20 history.

Chennai Super Kings Cricket
Get the latest updates on IPL 2021, check out the IPL 2021 Schedule and Indian Premier League Live Score . Like us on Facebook or follow us on Twitter for more sports updates. You can also download the NDTV Cricket app for Android or iOS.