Bowler banned after he threw the ball over the boundary rope for a no-ball four, in order to deny a rival batsman a century. 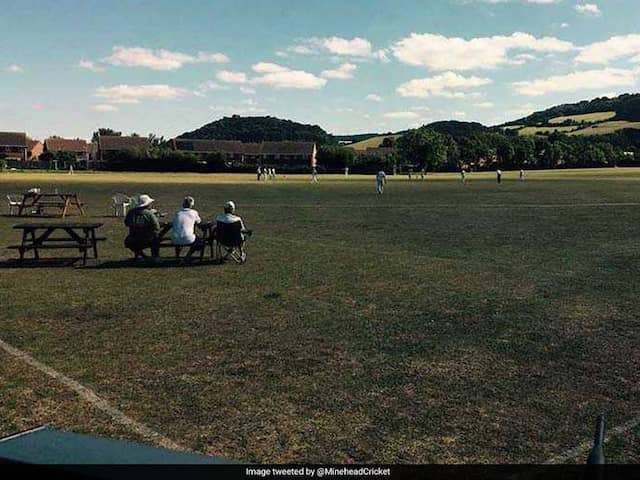 Acting on the unsportsmanlike behavior, which took place during the match between Minehead Cricket Club and Purnell Cricket Club on August 4 in the Somerset Cricket League, the SCL Disciplinary Committee on Tuesday handed a nine-match ban to the unnamed Purnell CC bowler. The incident took place during the second inning of the game when Minehead CC's Jay Darrell, who was batting on 98, (team requiring two runs to win) was denied his first-ever league century as the Purnell CC bowler decided to throw the ball over the boundary rope for a no-ball four. The match was won by Minehead CC but the behavior from the bowler drew flak on social media. Issuing a statement on their website, the club confirmed the suspension of the player.

"The Somerset Cricket League has noted the details of an incident that occurred in the Division 2 match between Minehead 2nd XI v Purnells CC, played on 4th August 2018. The SCL Disciplinary Committee has reviewed the incident. The incident in its opinion brought the SCL and Cricket in general into disrepute and contained behaviour that was against the Spirit of the Game. As a result of this review, a Purnells CC player has been banned for the next 9 completed SCL matches," the SCL said in its statement.

Jay Darrell, who was left stranded on 98, also expressed his displeasure on the incident after the game.

Hell of game today shame the way it ended but oh well!!! Thanks for all the support today!! #UTP #Mineheadcc #litter

This is not the first time that the fielding team's or a player's unsportsmanlike behaviour has denied a century for the batsman.

West Indian star Kieron Pollard bowled a big no-ball when Evin Lewis was on 97 off 32 balls, with St Kitts and Nevis Patriots needing one run to beat Barbados Tridents in a 2017 Caribbean Premier League match.

Back in 2010, India's Virender Sehwag was stranded on 99 when Sri Lankan bowler Suraj Randiv bowled a no-ball to complete a one-day international in Sri Lanka. Randiv was subsequently given a one-match suspension.