BJ Watling's unbeaten century in the second innings of the Leeds Test has showcased the Kiwi batsmen's rather understated talent, once again. 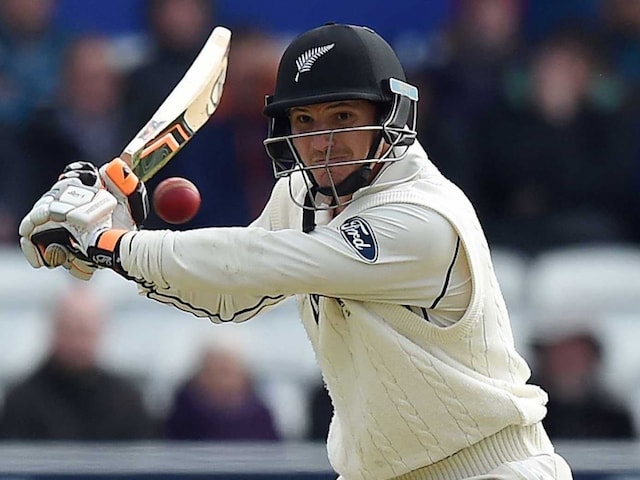 BJ Watling in action against England in the 2nd innings of the Leeds Test.© AFP

BJ Watling's well-timed 100* against England in the second innings of the Leeds Test helped his team dominate proceedings on Sunday. The 29-year-old batsman missed out in the first innings - scoring just 14 even as his teammates scored by the dozen. In the second innings though, there was no stopping him as New Zealand took a 338-run lead with four wickets to spare. (Scorecard)

Watling - batting at No. six - has a positive approach right from the start and it helped his complete his first-ever Test century against England. The South-Africa born cricketer took just 137 balls to reach the three-figure mark for the fifth time in the longest format of the game. He hit 13 fours and a solitary six.

While a ton against England may have eluded him thus far, Watling has had an incredible year in Tests so far. He averages 129 in the format this year with an aggregate of 387 in six hundreds. This includes two tons and as many fifties. Three of his five Test tons have come in the second innings - an average of 52.12 as against 34.92 in the first.

Watling is far from done though and would now look to add more to his name to help New Zealand go for the win on the fourth day of the match.

More statistics from Day Three of the Test match:

* For the eighth time in the history of Test Cricket, both teams have scored exactly the same runs in the first innings - 375 each by New Zealand and England.

* Guptill's second fifty vs England is his 14th in Tests.

* Brendon McCullum has registered his 29th fifty in Tests - his tenth vs England.

* Luke Ronchi conceded 19 byes - the second highest by a New Zealand wickeeper in a Test innings in England - the highest being 25 by Brendon McCullum at Leeds in 2004.

* During their 99-run stand off 87 balls between Guptill and Taylor for the third wicket, the run-rate was 6.82 - the second fastest 99-run stand by any pair in Tests, next only to the 6.90 for the fourth wicket between Root and Cook for England vs India at Southampton last year.

Comments
Topics mentioned in this article
England Cricket Team New Zealand Cricket Team Bradley Watling Cricket
Get the latest Cricket news, check out the India cricket schedule, Cricket live score . Like us on Facebook or follow us on Twitter for more sports updates. You can also download the NDTV Cricket app for Android or iOS.