India pacer Bhuvneshwar Kumar has said the T20 World Cup clash against Pakistan is going to be "High Intensity" match. 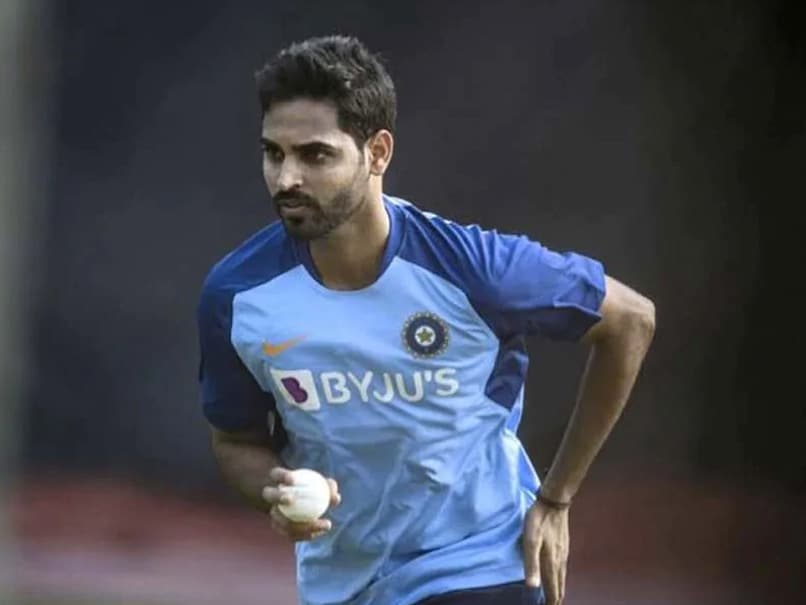 Bhuvneshwar will be seen in the upcoming Sri Lanka series as vice-captain of Indian team.© AFP

A clash between Indiaand Pakistan is always a "high intensity" game but the team is not currently thinking about the T20 World Cup as there is a lot of cricket left before the marquee event, said experienced seamerBhuvneshwar Kumar. Arch-rivals India and Pakistan were on Friday placed in the same group for the T20 World Cup as the ICC announced the pools for its flagship event, set to be played in the UAE and Oman from October 17 to November 14.

"Look, it is always exciting to play against Pakistan and it is always a pressure match, so of course it is going to be, you know, a high intensity match," Bhuvneshwar, who is currently in Sri Lanka for the limited-over series, said at a virtual press conference.

"But to be honest we haven't really thought about it, how it is going to be, because we have got a lot of cricket left, we have got matches in Sri Lanka, of course Test matches in England and then IPL and then World Cup."

India and Pakistan are placed in Group 2 along with World Test Championship winners New Zealand and Afghanistan.

"But once of course the IPL gets over, we will start thinking about that (World Cup)," said the 31-year-old Meerut-born pacer.

Former India opener Gautam Gambhir, who has been part of many India-Pakistan games in his career, said senior players such as skipper Virat Kohli and Rohit Sharma will play a big role in the marquee clash.

"So people like Virat Kohli for example, or Rohit Sharma will have a huge responsibility when Indian takes on Pakistan."

Gambhir said India should get rid of its obsession with wins at 2007 T20 World Cup and 2011 ODI World Cup.

"It was special (being a part of the 2007 T20 World Cup squad), but I have forgotten about it," said the Delhi batsman, who had scored a match-winning 97 against Sri Lanka in the 2011 World Cup final.

The Groups of Super 12s have been selected on the basis of team rankings as of March 20, according to the International Cricket Council. Two teams will join each of the groups from the qualifying rounds.

The tournament was originally scheduled to be held in India but was moved out of the country due to an expected third wave of the coronavirus.