Ben Stokes was omitted from England's series-clinching ODI win against the West Indies at The Oval after being arrested in the early hours of Monday morning. 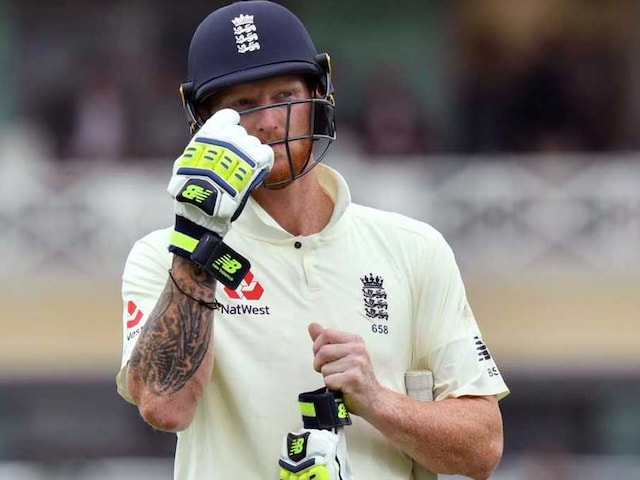 Ben Stokes' inclusion for the Ashes tour of Australia has come under renewed scrutiny.© AFP

In a new turn of events in the Ben Stokes brawl saga, the England all-rounder's inclusion for the Ashes tour of Australia has come under renewed scrutiny after a video footage of him engaging in a street brawl was released by the Sun newspaper. Stokes, who still remains deputy to Joe Root in Tests, was included in the 16-man Ashes squad on Wednesday despite hurting his hand in the incident that led to his arrest in Bristol on suspicion of causing actual bodily harm. The 26-year-old batsman was released without charge but remains under investigation.

In the video posted by the Sun, which headlined its front-page splash 'Hit for Six', Stokes appears to be fighting with two men, one of whom is holding a bottle.

"We have seen this footage for the first time tonight -- when posted by The Sun," said the England and Wales Cricket Board.

"There is an ongoing police investigation, which will look at all available evidence, and we do have to respect that process."

He was omitted from England's series-clinching ODI win against the West Indies at The Oval after being arrested in the early hours of Monday morning.

His arrest followed England's win in the third ODI in the southwestern city of Bristol on Sunday.

England ODI regular Alex Hales -- an Ashes long-shot who did not make the Test squad -- was also left out of Wednesday's match after being with Stokes on Sunday night.

Avon and Somerset police said Tuesday they had been called to an incident in the Clifton district of Bristol at around 2:35 am (0135 GMT) on Monday.

England coach Trevor Bayliss replied "definitely not" when asked by Sky Sports on Wednesday if he was happy with players staying out until the early hours during a series.

"The other night a few guys being out was very unprofessional in the middle of a series," the Australian added.

Both Bayliss and Strauss are wary of curfews, with the ex-England skipper saying they believed in "treating people like adults".

But Strauss conceded Stokes's incident could lead to a re-think, a point emphasised by England limited-overs captain Eoin Morgan after Wednesday's win.

"We'll have to put something in place that doesn't leave us in the position we are at the moment," said Morgan.

Stokes, potentially just one on-field offence away from a Test ban under the International Cricket Council's code of conduct, is seen as vital to England's chances of retaining the Ashes in Australia, which start with November's first Test in Brisbane.

Comments
Topics mentioned in this article
England Cricket Team West Indies Cricket Team Ben Stokes Cricket
Get the latest Cricket news, check out the India cricket schedule, Cricket live score . Like us on Facebook or follow us on Twitter for more sports updates. You can also download the NDTV Cricket app for Android or iOS.