According to a report, Team India will enter an eight-day bubble in India on May 25 that will be followed by a 10-day quarantine upon landing in the UK on June 2 ahead of the World Test Championship final in Southampton. 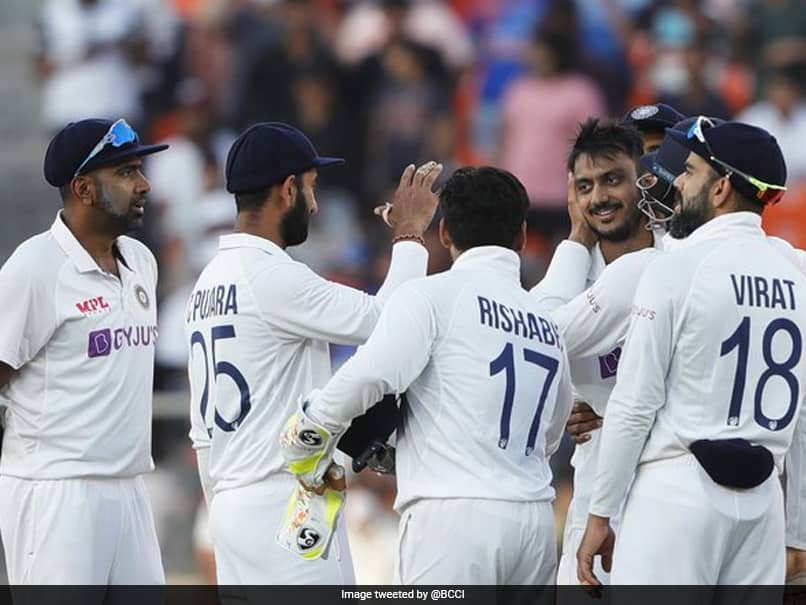 Team India will travel to the UK for World Test Championship final and Test series against England.© BCCI/Twitter

Team India's preparation for the upcoming World Test Championship final against New Zealand in the UK -- from June 18 -- will start on May 25 when they enter the bio-bubble created for them here in India. The eight-day bubble will be followed by another 10-day quarantine in the UK before the team takes on New Zealand in Southampton. Speaking to ANI, a BCCI official in the know of the roadmap drawn for the WTC final and the five-match Test series against England said that it will be a case of breaking the quarantine period into two parts so that players can start training once in the UK on June 2.

"You can expect the boys to come into the bubble on May 25 as it will be an eight-day quarantine period which will not just involve testing against COVID-19, but also there will not be any movement as the boys prepare for the UK schedule," the official said.

"Once in UK on June 2, the boys will go for another 10-day quarantine. But this time the cricketers can train as they are moving from the bubble in India to the bubble in England in a charter plane. A bubble to bubble move lets them train even though there will be continuous testing at all times and no further movement," the official explained.

Considering that the team ends the fifth Test against England on September 14 -- final day of the fifth Test -- in Manchester, it will have been more than three months for Team India in the UK, and the official said that will see the players being allowed to travel with their families.

"Not just the duration of the tour, the COVID-19 restrictions also mean you cannot move around the place. There will be more than a month's gap between the Test Championship final and the opening Test against England in Trent Bridge from August 4. The players will have their families travelling with them," the official said.

Another important area of focus is the vaccination process and the official said it will need some more time before a clear picture can be drawn.

"The Indian government has opened vaccination for every person above 18 so the players can take their first dose," the official said.

"But the second dose is the question here and while the BCCI is looking at working closely with the England and Wales Cricket Board to ensure players can get a second dose in the UK, if that is not approved by the UK government, we will have the vaccine taken from India for the second dose. Let's see how that works out in the coming days."

The BCCI on Friday named a 20-member squad (two subject to fitness clearance) which will also have four standby players.

Asked about their role as the main squad already has six fast bowlers in Jasprit Bumrah, Ishant Sharma, Mohammad Shami, Mohammed Siraj, Shardul Thakur and Umesh Yadav, the official said the standby players would double up as net bowlers.

"See, six fast bowlers in the main squad should be good enough unless you are unfortunate and have multiple injuries. So, these three will double up as net bowlers while keeping preparations on to be ready to be drafted into the main squad if needed," the official said.