The BCCI has been asked to pay Rs 550 crore to IPL franchise Kochi Tuskers after an arbitration ruled in favour of the team recently. Kochi though, it is learnt, is not interested in the money anymore and want its team fielded in the next IPL season. 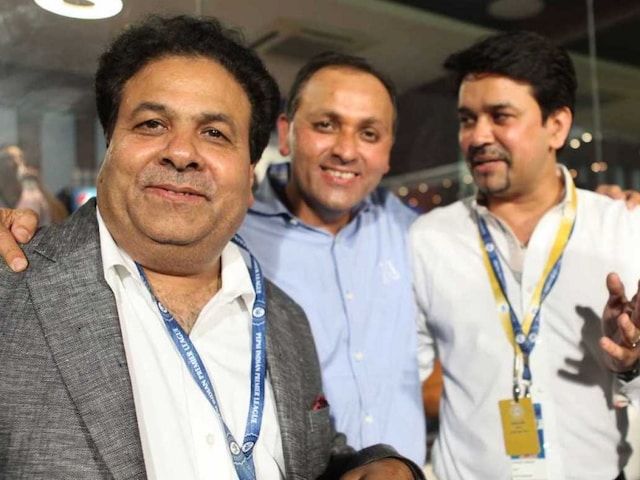 The BCCI on Wednesday indicated it will appeal against former Chief Justice of India RC Lahoti's report that went in favour of Kochi Tuskers, the erstwhile IPL franchise whose contract was terminated by the Board in 2011 because of an alleged breach of contract.

"We have got arbitrator Lahoti's report. The majority of the members are of the opinion of appealing against arbitrator's report. We are seeking legal opinion," IPL Chairman Rajeev Shukla told PTI after a Governing Council meeting here.(Kochi Tuskers: The Case of the Confused Elephant)

The BCCI has been asked to pay Rs 550 crore to IPL franchise Kochi Tuskers after an arbitration ruled in favour of the team recently. Kochi though, it is learnt, is not interested in the money anymore and want its team fielded in the next IPL season. Back in 2011, the BCCI had decided to encash the bank guarantee given by Kochi Tuskers and terminated the IPL contract of the franchise. The matter then went for arbitration to Lahoti.

As far as the controversy over valuation of Chennai Super Kings is concerned, the matter has been referred to the Board's working committee.

"CSK valuation matter has been referred to Board's Working Committee. During the last WC meeting in Kolkata the Committee sought legal opinion. The WC, after getting legal opinion, will refer to GC and further decision will be taken," he said.

No decision has been taken on the fate of the Champions League T20 league as it can only be taken in presence of CSA and CA.

The Champions League T20 tournament, which is hosted in September every year, has never been able to find too many takers, be it sponsorship or viewership.

On Royal Challengers being bought over by JSW Group, Shukla said the matter will have to be placed in front of GC for its approval.

"Any such takeover or buying of stakes should be referred to the Governing Council for its approval first. Once any such proposal placed before GC a call will be taken."

And on player retention policy, he said, "The Governing Council is of the opinion that from 2017 the number of capped Indian players will decrease from 4 to 2 in each IPL sides and foreign capped players at 2. Also there will be 3 uncapped players. But the total retention will be not more than 5.

"This is to make a level playing field among franchises. However the 2016 edition will be played as per old rules."

Comments
Topics mentioned in this article
Kochi Tuskers Kerala Cricket
Get the latest Cricket news, check out the India cricket schedule, Cricket live score . Like us on Facebook or follow us on Twitter for more sports updates. You can also download the NDTV Cricket app for Android or iOS.