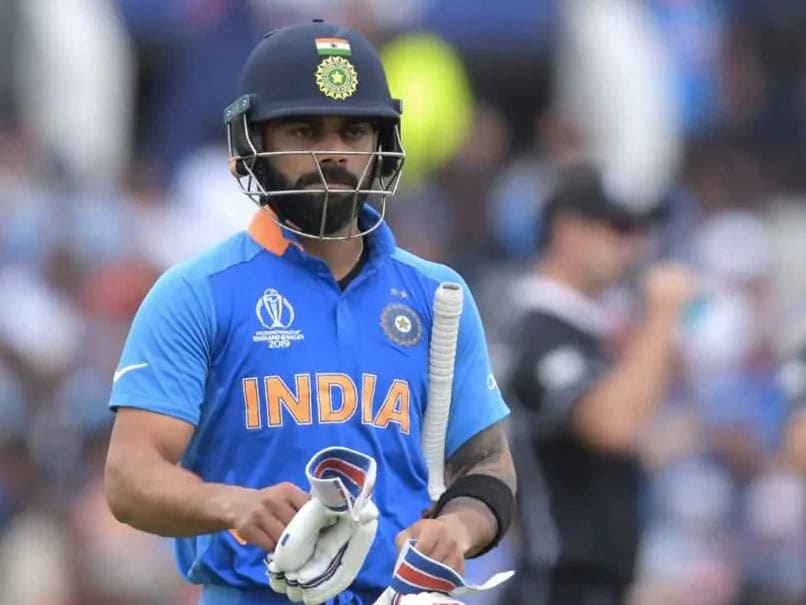 Sanjeev Gupta has alleged that Virat Kohli is conflicted as he occupies two posts.© AFP

BCCI ethics officer DK Jainon Sunday said he is examining a conflict of interest complaint against India captain Virat Kohlifrom Madhya Pradesh Cricket Association life member Sanjeev Gupta, who has levelled similar charges against other players in the past which were deemed "infructuous". In his latest complaint, Gupta has alleged that Kohli is conflicted as he occupies two posts -- captain of the Indian team and director of a venture which has co-directors linked to a talent management company that has on board, several of his teammates.

Gupta has alleged that it is a violation of the BCCI constitutionwhich bars one individual from holding multiple positions.

"I have received a complaint. I will examine it and then see if the case is made out or not. If yes, then I have to afford an opportunity to him (Kohli) to respond," Jain told PTI.

Gupta claims that Kohli, who is one of the directors at Cornerstone Venture Partners LLP and Virat Kohli Sports LLP, is conflicted as his co-directors -- Amit Arun Sajdeh (better known as Bunty Sajdeh in Indian cricket circle) and Binoy Bharat Khimji --, are also a part of the talent management company Cornerstone Sport and Entertainment Private Limited.

Kohli does not have a role in Cornerstone Sport and Entertainment Private Limited.

The company manages the commercial interests of the India skipper and his many other teammates including KL Rahul, Rishabh Pant, Ravindra Jadeja, Umesh Yadav and Kuldeep Yadav.

"In view of the above, Shri Virat Kohli is occupying two posts at a time in blatant violation to BCCI Rule 38 (4) approved by Supreme Court Of India. As such, he must relinquish his one post at once in compliance...," wrote Gupta in his complaint.

It is the first high profile complaint Jain has received since he got a one-year extension last month.

In the first year of his job, Jain had dealt with the conflict of interest complaints against Indian cricketing greats Rahul Dravid, Sourav Ganguly, VVS Laxman and Kapil Dev.

All of these came from Gupta and the iconic former players had to resign from one position before the complaints were rendered "infructuous".

BCCI President Sourav Ganguly has already stated that the conflict of interest norms as prescribed by the Lodha Committee are unrealistic.