The appointment of Vikram Rathour as the India A coach has run into rough weather with questions of conflict of interest. 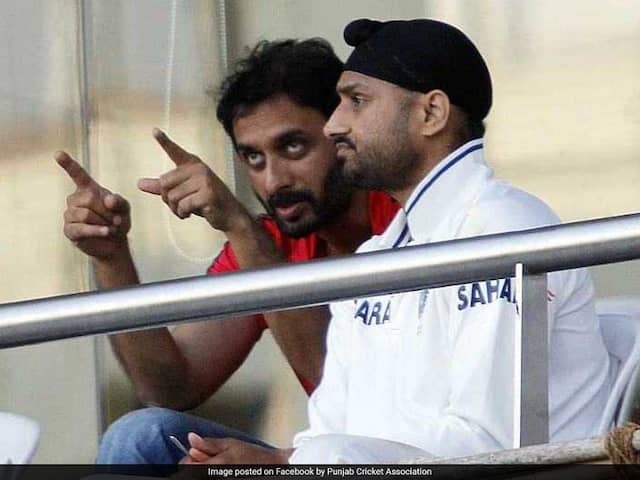 In yet another major difference of opinion emerging out of the vacuum that exists in Indian cricket management, the appointment of Vikram Rathour as the India A and U-19 batting coach has run into rough weather with questions of conflict of interest erupting since he is a relative of U-19 national selector Ashish Kapoor. It has also came to light that General Manager, Cricket Operations, Saba Karim, had suggested the name to the Supreme Court-appointed Committee of Administrators (CoA) chief Vinod Rai.

But acting Secretary Amitabh Choudhary in a strongly-worded missive, accessed by IANS, has raised Cain whether Rahul Dravid's name is being misused in the whole process. Moreover, a bellicose Choudhary has been pushing the envelope as the officials who ruled Indian cricket for so long sense an opportunity to return to the opiate of power, controlling cricket in India and thereby the world as India remains the fulcrum of commerce.

In the letter to BCCI CEO Rahul Johri, the Secretary has asked whether it was a conscious decision to appoint a British national as the India 'A' batting coach? Deeply disturbed over the arbitrariness of the entire process to appoint Rathour, he said, adding that he was not aware of any such advertisement for the post.

"I went through a news item that has been widely covered in the media today with regard to the appointment of Vikram Rathour as a batting coach for the India A team and was surprised to read it since I do not remember any advertisement for this position being published on any platform. Another aspect that I wish to raise here is the one that I have been raising ad-nauseam relating to the processes preceding decisions.

"What exactly was the process that was followed? Who first said that there was requirement for a batting coach (when none other than Rahul Dravid is the coach) and who proposed the name of Vikram Rathour? Knowing Rahul, I am certain that even if he would have recommended a name, he would not have said that processes must not be followed to engage the services of Vikram.

"I also see that the matter of conflict of interest has been raised in the media and I am surprised that this was not known to the persons making the decision since the crux of the conflict has been in the public domain at least for the last two and a half years," he wrote.

Going forward, the acting Secretary also brought to light the fact that Karim and Rathour worked closely as national selectors and that was a point that was hard to miss. Nepotism is clearly what Choudhury's letter is predicated on.

"Saba Karim and Vikram Rathour served as selectors together for about 4 years and I find it difficult to believe that such details were not known. Besides, considering Vikram is a British passport holder, was it a conscious decision that we are going in for a foreign coach?" he asked.

Efforts to get in touch with Karim over call and message failed. Interestingly, Rai made it clear that the protocol would be followed before any appointment.

"Has the person been appointed? See, if I appoint a Bank Chairman, first I do a vigilance check and then I recommend his appointment. So, his conflict statement has been sought and only today the thing has come and nothing has gone wrong. What matters is if it is factually correct on record and he has said he is related to Kapoor. The ethics officer then decides if there is conflict or not. Karim proposed it before the CoA today," he said.

India Cricket Team Vikram Rathore Cricket
Get the latest Cricket news, check out the India cricket schedule, Cricket live score . Like us on Facebook or follow us on Twitter for more sports updates. You can also download the NDTV Cricket app for Android or iOS.