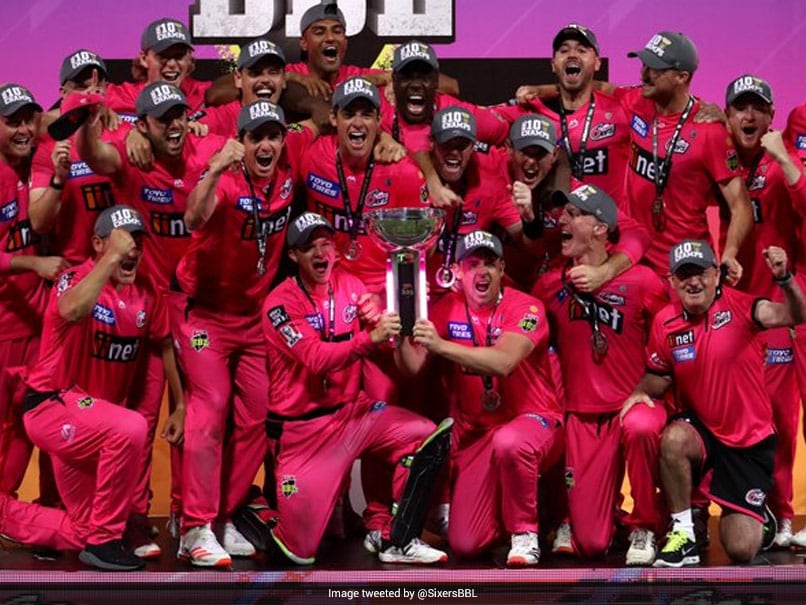 England's James Vince blasted 95 and took a crucial catch as the Sydney Sixers downed the Perth Scorchers for their third title in Australia's Big Bash final in Sydney on Saturday. Vince's fireworks propelled the Sixers to 188 for six and they restricted the Scorchers to 161 for nine to win by 27 runs.Coming on the back of an unbeaten 98 against the Scorchers, Vince again blitzed the Scorchers' bowling, surviving two dropped catches in the 80s before he was dismissed just five short of a century.

Vince crowned his night with a sensational diving catch at short extra cover to dismiss big-hitting Mitch Marsh for 11 and put the defending champion Sixers firmly on top in the 15th over.

"I've really enjoyed my time here. I'm happy to have made the contributions, but I couldn't have done it without the guys who have done it throughout the competition," Vince said.

Vince earlier overcame his part in the unsettling run out of opening batting partner Josh Philippe for nine in a huge mix-up.

He failed to make contact and retreated back to his crease while Philippe charged down the pitch leaving both batsmen at the same end.

Vince went on his run rampage and was dropped on 82 by Marsh running backwards when he skied Aaron Hardie into the night air and then was narrowly missed by diving Cameron Bancroft before he was finally out.

He sliced Fawad Ahmed to Marsh at short third man to end his blistering 60-ball knock.

Only a week ago Vince was stranded on 98 when AJ Tye ended his team's finals qualifier game with a bouncer that was called wide in the Sixers' nine-wicket win in Canberra.

Bancroft hit a lively 30 off 19 balls in the Scorchers' innings before he skied Jackson Bird to Vince for the initial breakthrough in the fifth over.

Bird got the big wicket of Englishman Liam Livingstone who unleashed a big hit but was caught on the ropes by Jordan Silk for an explosive 45 off 35 balls with two sixes in the 11th over.

Man of the match Vince swung the tide for the Sixers with his athletic catch to remove the threatening Marsh.

That took the task beyond the Scorchers and they fell well short in a flurry of lusty swings and wickets.

"It's a special atmosphere, we got used to playing in front of empty stands, and to have our home crowd cheering for us has been fantastic," Sixers captain Moises Henriques told the crowd at the presentation.

"We've had a list of great performers. I think all 18 players have played. We've had so many tough decisions to make and that's why we're finishing in the top two."

The Scorchers and Sixers, both three-time champions, are the only two clubs to have won multiple titles in Australia's T20 competition.

So successful have the Sixers and the Scorchers been that only three BBL finals have come and gone without either taking part.

James Vince Cricket
Get the latest updates on SA vs IND 2021-22, check out the Schedule and Live Score . Like us on Facebook or follow us on Twitter for more sports updates. You can also download the NDTV Cricket app for Android or iOS.