BBL 10: Alex Hales Not Thinking About England Recall At The Moment

Alex Hales was axed from England's 2019 ODI World Cup squad for failing a second test for use of recreational drug. 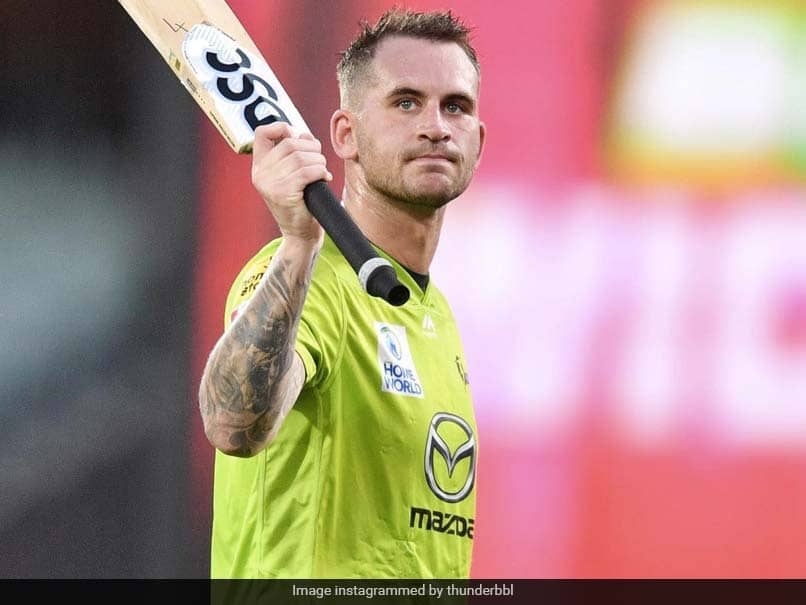 Alex Hales, who has taken the ongoing Big Bash League (BBL) by storm, isn't thinking about a possible England recall and is instead engrossed in his game which may help him in lifting the trophy for Sydney Thunder. Hales was axed from England's (eventual winners) 50-over World Cup squad for failing a second test for use of recreational drug. The wicket-keeper batsman last played for England in March 2019 prior to the World Cup.

Hales scored 110 from 56 balls in Thunder's BBL record total of 232 runs to beat the Sydney Sixers at Adelaide Oval on Friday.

"Come on... He deserves to get another chance... time should be a great healer... @AlexHales has just struck 100 off 51 balls," Vaughan tweeted.

"He loves his Twitter," Hales said with a smile when asked about Vaughan championing his cause.

"I learned to sort of avoid social media, to be honest."

Hales said his focus is only on enjoying cricket and see his BBL side winning the tournament.

"It was something I used to look at a lot, but I just want to focus on enjoying my cricket and contributing to winning teams," cricket.com.au quoted Hales as saying.

"If I get another crack at international level then great, and if not then I'm going to keep enjoying cricket. At the moment, I'm not thinking about it," he added.

Woakes acknowledged that Hales remains a "world-class player" and admitted that he would be happy if Hales is back in the England squad.

"I don't 100 per cent know what will happen but I'd be happy to see Alex back in England colours. I would imagine the majority would have the kind of views I have given," ESPNcricinfo quoted Woakes as saying.

"People deserve a second chance, as long as they've gone away and worked on a few things. I don't know why anyone would see that any differently," he had added.