Misbah, who returned home after a 2-1 ODI series victory in South Africa, said top-order batting was a constant problem for the past 2-3 years. 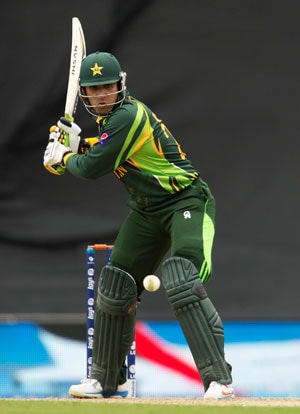 Misbah returned home on Monday after leading Pakistan to its first ever 2-1 victory in a one-day series against South Africa.

Misbah says a "batting coach could be beneficial" for the team because batting "is a constant problem for us for the last 2-3 years and we have to seriously start thinking about it."

After two days of rest at home, Pakistan team will leave for United Arab Emirates on Thursday to play two Twenty20, five ODIs and three test matches against Sri Lanka.

Comments
Topics mentioned in this article
Cricket MS Dhoni Tim Southee Younus Khan Wasim Akram Shahid Afridi Sreesanth Misbah-ul-Haq Mohammad Hafeez Yuvraj Singh Sri Lanka Cricket Team Pakistan Cricket Team
Get the latest updates on IND vs NZ 2021, check out the Schedule and Live Score . Like us on Facebook or follow us on Twitter for more sports updates. You can also download the NDTV Cricket app for Android or iOS.