Zimbabwe need only a draw to win their first Test series in seven years. They won the opening match in Sylhet by 151 runs. 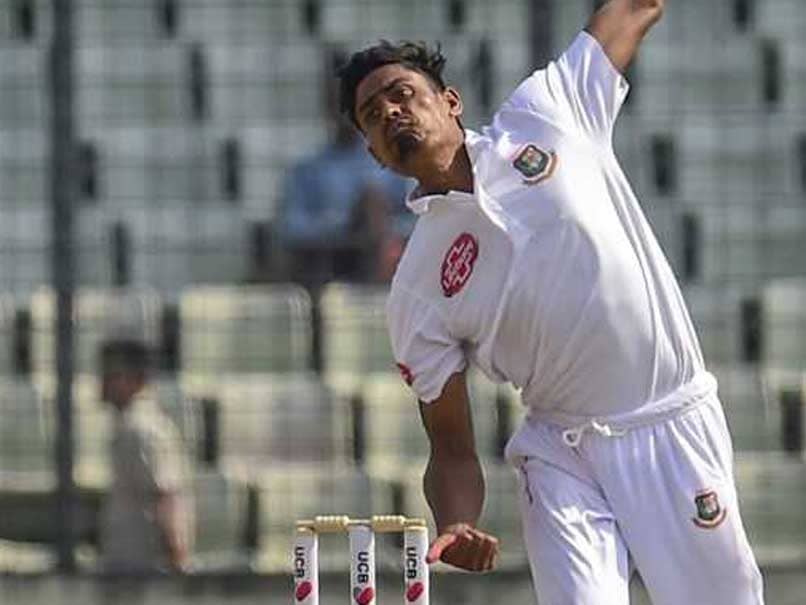 After losing the first Test against Zimbabwe in Sylhet, Bangladesh are now eyeing a resurgence, thanks to left-arm spinner Taijul Islam who claimed his third consecutive five-wicket haul on Tuesday on the third day of the second Test in Dhaka. Zimbabwe have also put up a fight through a defiant century by Brendon Taylor, who helped his side get to 304/10 at stumps. Bangladesh declared their first innings for 522/7. Zimbabwe, who now trail by 218 runs, need only a draw to win their first Test series in seven years, with the visitors having won the opening match in Sylhet by 151 runs, their first Test win away in almost two decades.

Taijul dismissed Regis Chakabva for 10 to complete his haul and Zimbabwe's innings ended immediately, 19 short of the follow-on mark as last man Tendai Chatara was unable to bat due to injury.

Zimbabwe edged towards avoiding the follow-on once Taylor hit 110 off 194 balls and Peter Moor added a career-best 83 to rescue the side from a precarious 131-5 in the final session.

Bangladesh had occasional medium pacer Ariful Haque to thank for breaking Moor's 139-run sixth-wicket partnership with Taylor when he trapped the right-hander leg before in his first over.

Moor, who was dropped on 75 by substitute fielder Nazmul Islam at cover off Mustfizur Rahman, hit 12 fours and a six in his fifth Test 50, his second successive half-century in the series.

Taylor brought up his hundred off Taijul but off-spinner Mehedy Hasan soon ended his innings to put Bangladesh back in control.

Taijul took a stunning catch at square leg to end the fine innings off Taylor, who hit 10 fours in his fifth Test century -- his first ever away from home.

Bangladesh also dominated the opening two sessions of the day after Zimbabwe resumed play on 25-1.

Brian Chari led Zimbabwe's initial resistance, hitting 53 off 128 balls before he was snared by Mehidy on the stroke of lunch.

Mominul Haque took the catch at short leg that was confirmed by television replay after Bangladesh reviewed the initial not out decision.

Zimbabwe Cricket Team Taijul Islam Cricket
Get the latest updates on IPL 2021, IPL Points Table , IPL Schedule 2021 , live score . Like us on Facebook or follow us on Twitter for more sports updates. You can also download the NDTV Cricket app for Android or iOS.