Sabbir Rahman was also slapped with a six-month ban from the domestic game and a fine of two million taka ($24,000) over the incident. 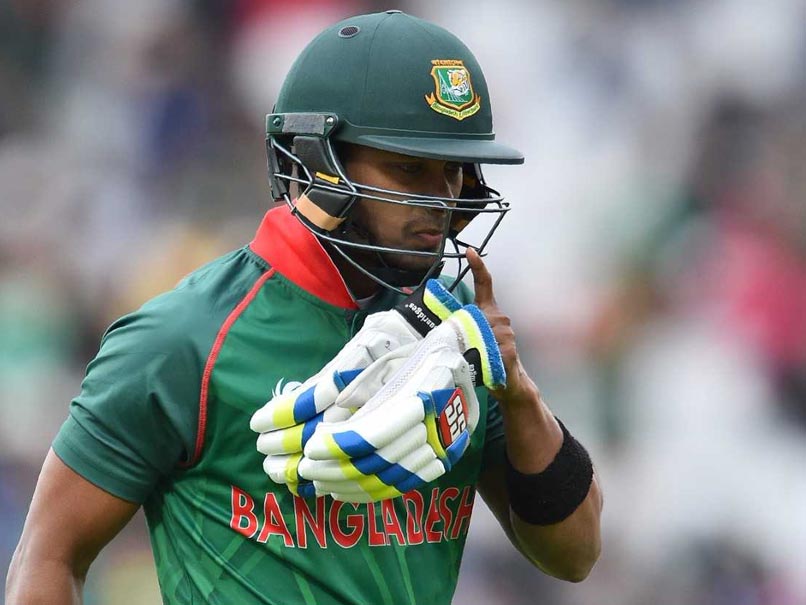 Bangladesh batsman Sabbir Rahman has had his central contract revoked for assaulting a young cricket fan who taunted him during a match last month. The 26-year-old was also slapped with a six-month ban from the domestic game and a fine of two million taka ($24,000) over the incident, Bangladesh Cricket Board (BCB) president Nazmul Hassan said. The national contract for Bangladeshi players was due to go into effect on January 1, 2018. The decision came after Rahman was found to have assaulted a young fan, believed to be aged 12, who had taunted him during a first-class National Cricket League match in Rahman's hometown of Rajshahi on December 21.

During an innings break, the middle-order batsman went behind the sightscreen and beat the boy.

He was also under fire for arguing with the match referee when he was called for a hearing.

"We would like to send a strong message to all players on the first day of New Year. No matter how big a player one might be, he must maintain discipline," Hassan told reporters.

"He (Rahman) was called for a hearing earlier and we also received the report from the match referee. He'll no longer be a contracted player," he said.

In 2016 the BCB fined him 30 percent of his contract money in the Bangladesh Premier League (BPL) Twenty20 tournament when he allegedly took a female guest to his hotel room during the tournament.

The board also fined star batsman Tamim Iqbal half-a-million taka ($6,000) after he spoke publicly against the BCB's pitch preparations during the recent edition of the BPL.

Comments
Topics mentioned in this article
Bangladesh Cricket Team Sabbir Rahman Cricket
Get the latest updates on ICC T20 Worldcup 2022, check out the Schedule and Live Score. Like us on Facebook or follow us on Twitter for more sports updates. You can also download the NDTV Cricket app for Android or iOS.