Bangladesh Cricket Board Refuses To Play Tests In Pakistan, Agrees For T20I Series

The Bangladesh Cricket Board agreed to play a T20I series against Pakistan but they have refused to play a two-match Test series in Pakistan. 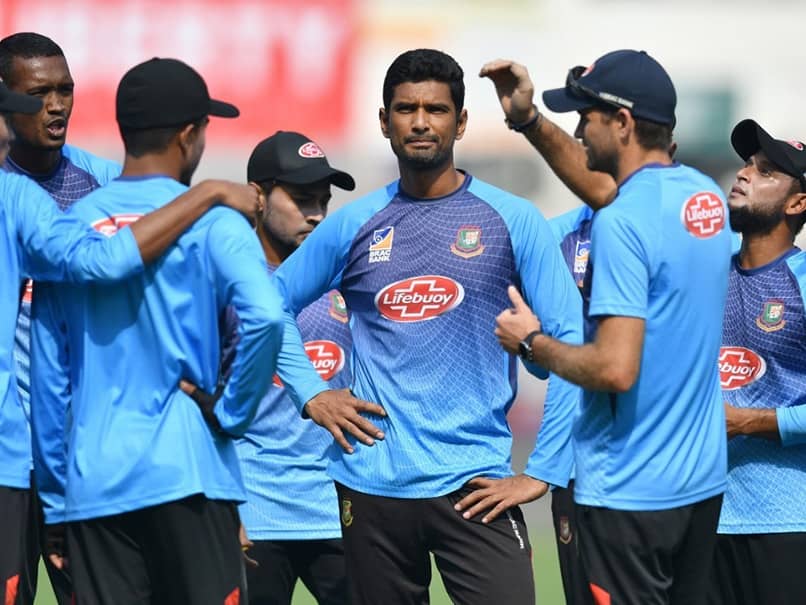 Bangladesh will travel to Pakistan for a three-match T20I series.© AFP

The Bangladesh Cricket Board have refused to send their team for a two-Test series in Pakistan but agreed to play a T20 series in the country. Pakistan Cricket Board (PCB) chief executive, Wasim Khan said on Wednesday that he had written a strong letter to the BCB asking them to outline the reasons for not wanting to play Tests in Pakistan as planned in January-February. Making it clear that Pakistan would not be playing any of its home matches at any other venue, Wasim said that the BCB would have to come up with an acceptable reason for not accepting Pakistan's invitation.

"The BCB have informed us that they would like to play three T20I matches in Pakistan but for now they don't want to play test matches," he said.

Test cricket returned to Pakistan for the first time in ten years with the Sri Lankan team currently locked in a two-Test series.

Custodian of cricket laws, the Marylebone Cricket Club also said on Wednesday that it will send a squad to Pakistan in February next year to play in a few matches under the captaincy of its current president Kumar Sangakkara.

Wasim said with Sri Lanka touring the country and ICC also sending its match officials to Pakistan there is no reason for Bangladesh not wanting to play Tests in Pakistan.

"The ICC has accepted our security plan and arrangements but we are still in touch with the BCB officials and will sort this out."

The BCB top officials have said they want to first play T20 matches in Pakistan to test the ground before deciding on playing a Test series. Sri Lanka had done the same thing when they first sent their team for three ODIs and three T20 matches in September-October and now their team is playing a two-Test series, part of the ICC World Championship, in Pakistan.