Kusal Perera scored a century and Dushmantha Chameera took five wickets to help Sri Lanka beat Bangladesh by 97 runs even as the hosts won the series 2-1. 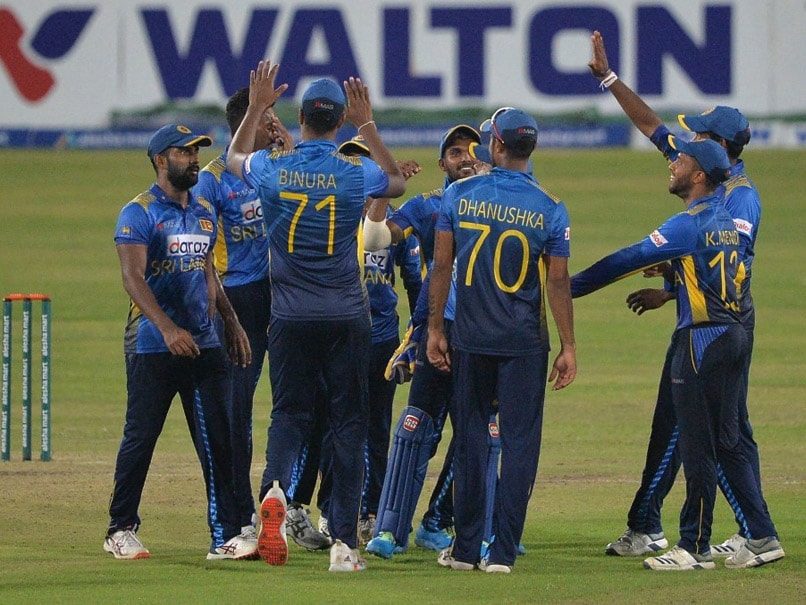 Skipper Kusal Perera hit 120 and Dushmantha Chameera took five wickets as Sri Lanka thrashed Bangladesh by 97 runs for a consolation win in the third one-day international on Friday. Perera's sixth ODI century and an unbeaten 55 by Dhananjaya de Silva guided Sri Lanka to 286-6, a total they defended by bowling out Bangladesh for 189 in 42.3 overs in Dhaka. The hosts won the series 2-1. Chameera claimed his maiden five-wicket ODI haul with figures of 5-16 from his nine overs to help Sri Lanka end a run of five straight 50-over losses.

Bangladesh, who won the first two matches, never looked competitive once Chameera's three-wicket burst in the opening spell reduced them to 28-3.

Mahmudullah Riyad top-scored with 53 while Mosaddek Hossain made 51 off 72 balls.

"We needed a win badly, although we lost the series," said Perera.

"We needed to get the big scores and that's why I shifted gears. Our bowling department did a really good job. Fielding was also good."

The left-handed Perera, who took over from Dimuth Karunaratne as captain in this series, earlier smashed 11 fours and one six in his 122-ball knock to set up the win.

However, he was dropped on 66, 79 and 99 before being dismissed by teenage left-arm quick Shoriful Islam.

Mahmudullah took a fine catch at long-on after he dropped the opener one run away from his century.

Perera and Danushka Gunathilaka put on 82 runs for the first wicket to lay the foundations of their total before fast bowler Taskin Ahmed took three wickets.

Taskin bowled Gunathilaka for 39 and had Pathum Nissanka caught by Mushfiqur for a duck in the same over.

Perera shared two key partnerships of 69 runs and 65 for the third and fourth wicket respectively with Kusal Mendis (22) and De Silva to rebuild the Sri Lankan innings.

Bangladesh did well in the last 10 overs, giving away just 69 runs to check the batting surge.

"As I said in the last game, we have won the series but I never felt that we played the complete game. Never played to our potential," said Bangladesh captain Tamim Iqbal.

"When opportunity came (today), we didn't take our catches. If we had taken those, could have been maybe 30 runs lesser."

Taskin, one of two changes for Bangladesh in the match, finished with figures of 4-46.

Bangladesh Cricket Team Bangladesh vs Sri Lanka, 3rd ODI Cricket
Get the latest updates on IPL Auction 2023 and check out  IPL 2023 and Live Cricket Score. Like us on Facebook or follow us on Twitter for more sports updates. You can also download the NDTV Cricket app for Android or iOS.