Cricket Australia's biggest sponsor, fund manager Magellan, on Thursday tore up its contract with the cricket body over the ball-tampering scandal that has rocked the game. 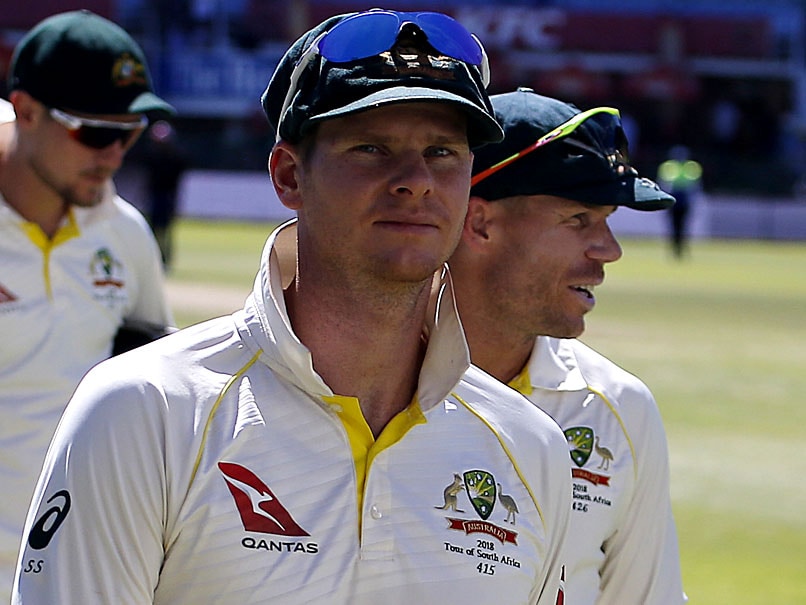 Warner and Smith have been banned for a year while Bancroft got nine months.© AFP

Cricket Australia's biggest sponsor, fund manager Magellan, on Thursday tore up its contract with the cricket body over the ball-tampering scandalthat has rocked the game. Magellan inked a three-year partnership in August 2017 as naming rights sponsor for Australia's domestic Tests in a deal estimated at the time to be worth Aus$20 million (US$15 million). It began with the recent Ashes series against England. "A conspiracy by the leadership of the Australian men's Test cricket team which broke the rules with a clear intention to gain an unfair advantage during the third Test in South Africa goes to the heart of integrity," said Magellan chief Hamish Douglass in a statement.

"Regrettably, these recent events are so inconsistent with our values that we are left with no option but to terminate our ongoing partnership with Cricket Australia.

"We were delighted with the recent Magellan Ashes Series sponsorship and it is with a heavy heart that we have to end our partnership in these circumstances."

The plot to tamper with the ball during Australia's third Test against South Africa in Cape Town last weekend has rattled the game and badly tarnished the careers of David Warner, Cameron Bancroft and Steve Smith.

Warner and Smith have been banned from top-level cricket for a year while Bancroft got nine months.

The disgraced Smith, previously the golden boy of Australian cricket, was an ambassador for breakfast cereal brand Weet-Bix, but it said it no longer wanted to be associated with him.

"Weet-Bix ambassadors represent our brand values of trust and integrity, and they speak to everything that is good about being Australian," Todd Saunders, executive general manager of parent company Sanitarium, said in a statement.

"Their role as a 'Weet-Bix Kid' is to inspire millions of Aussie kids to be the best they can be.

"Based on the ball-tampering incident and the findings of Cricket Australia's investigation, we are unable to continue our relationship with Steve Smith."

Electronics giant LG on Wednesday dropped Warner as a brand ambassador and ASICS ended its relationship with him and Bancroft in a tweet.

"As a result of last weekend's events in Cape Town involving members of the Australian men's cricket team and following the sanctions made by Cricket Australia, ASICS has terminated its sponsorship contracts with David Warner and Cameron Bancroft, effective immediately," it said.

Both Smith and Warner have also been ejected from this year's Indian Premier League, losing contracts worth nearly US$2 million each.

Other team sponsors, including Qantas and Commonwealth Bank, have voiced their deep disappointment over the scandal but so far have taken no action.

Comments
Topics mentioned in this article
Australia Cricket Team South Africa Cricket Team Steven Smith David Warner Cameron Bancroft Cricket
Get the latest updates on ICC Women's Cricket World Cup 2022 and IPL 2022, check out the Schedule , Live Score and IPL Points Table. Like us on Facebook or follow us on Twitter for more sports updates. You can also download the NDTV Cricket app for Android or iOS.