Steve Smith admitted to planned ball-tampering during the third Test against South Africa. 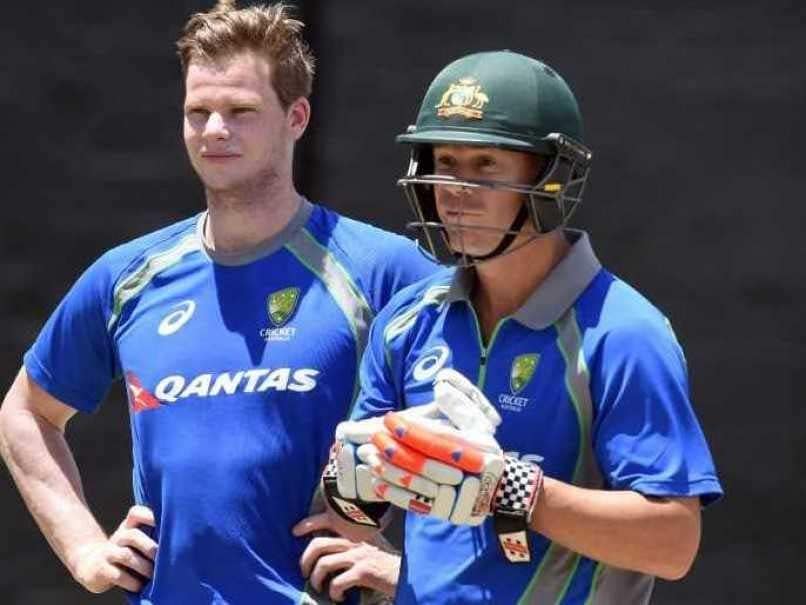 Steve Smith, David Warner have stood down from their respective posts in the Australian cricket team.© AFP

Steve Smith and David Warner have stepped down as captain and vice-captain of the Australian cricket team for the remainder of the ongoing third Test against South Africa in Newlands, Cape Town, the Australian cricket board confirmed on Sunday. Wicket-keeper batsman Tim Paine has been named the Australia's acting captain for the rest of the Test. Smith and team-mate Cameron Bancroft, in a sensational press conference, admitted to ball-tampering charges after the latter was caught on television cameras appearing to rub a yellow object on the ball.

Steve Smith and David Warner have taken the field this morning, but it's Tim Paine in charge for the Aussies.

"Following discussions with Steve Smith and David Warner they have agreed to stand down as Captain and Vice-Captain respectively for the remainder of this Test match. This Test match needs to proceed, and in the interim we will continue to investigate this matter with the urgency that it demands," Cricket Australia CEO, James Sutherland said in a statement.

"As I said earlier today, Cricket Australia and Australian cricket fans expect certain standards of conduct from cricketers representing our country, and on this occasion these standards have not been met. All Australians, like us, want answers and we will keep you updated on our findings, as a matter of priority," concluded Sutherland.

On the board decision to appoint an acting captain, Cricket Australia chairman, David Peever said: "The Board of Cricket Australia has endorsed Tim Paine to step in as Acting Captain for the remainder of this Test. Both Steve and David will take to the field today under Tim's captaincy."

"The Board fully supports the process for an immediate investigation into what occurred in Cape Town. We regard this as a matter of the utmost seriousness and urgency. We will ensure we have all information available to make the right decisions for Australian Cricket."

On Sunday, as Day 4 of the third Test started Smith and Warner both took the field but Paine took charge of Australia's captaincy, becoming his country's 46th Test skipper.

Sutherland earlier Sunday announced an investigation into the scandal, which has plunged Australian cricket into crisis and resulted in widespread condemnation at home, including from Prime Minister Malcolm Turnbull.

CA's head of integrity Iain Roy and head of team performance Pat Howard were flying to South Africa to conduct the investigation.

Television footage had showed Smith's teammate Cameron Bancroft, 25, taking a yellow object out of his pocket while fielding in the post-lunch session and appearing to rub it on the ball.

He was later charged with attempting to change the condition of the ball.

Smith, 28, had earlier said he would not quit as he felt he was still "the right person for the job".

Comments
Topics mentioned in this article
Australia Cricket Team South Africa Cricket Team Steven Smith David Warner Cricket
Get the latest updates on ICC T20 Worldcup 2022 and CWG 2022 check out the Schedule, Live Score and Medals Tally. Like us on Facebook or follow us on Twitter for more sports updates. You can also download the NDTV Cricket app for Android or iOS.