Josh Hazlewood has seen off competition from Mitchell Starc, who was also included in a 12-man squad of Australia for the 2nd Ashes Test. 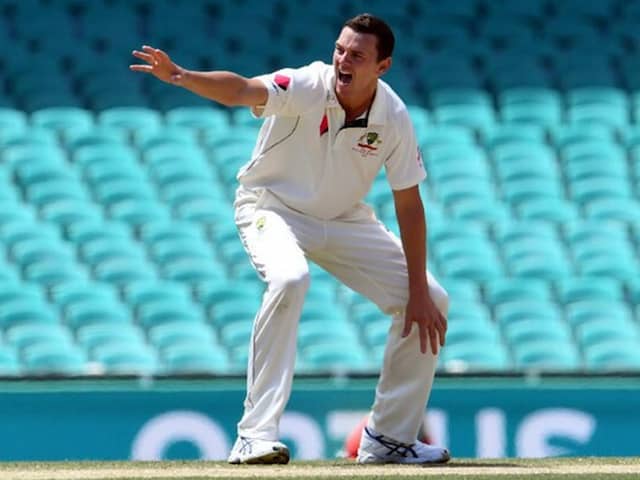 Josh Hazlewood was left out in the Ashes opener at Edgbaston.© AFP

Australia's Josh Hazlewood will play in the second Ashes Test against England at Lord's, coach Justin Langer confirmed after Wednesday's opening day was washed out without a ball bowled. Fast bowler Hazlewood has seen off competition from left-arm quick Mitchell Starc, who was also included in a 12-man squad after paceman James Pattinson was omitted as part of a rotation policy after featuring in Australia's 251-run win in the first Test at Edgbaston last week. "He's got an outstanding record," said Langer of the 28-year-old, whose 44 Tests have yielded 164 wickets at an average of 27.14 but who was sidelined with a stress fracture earlier this year.

"He's built up over the past few months. He missed out on the World Cup because we felt he hadn't played much cricket."

Both Hazlewood and World Cup spearhead Starc were left out at Edgbaston, with Langer having previously made it clear he would rotate his six quicks during a series where five Tests are crammed into just six weeks.

Teams are not obliged to name their sides until the toss, yet to happen in this match, takes place.

But England appear set to give a debut to fast bowler Jofra Archer after the World Cup-winner was presented with his Test cap on Wednesday.

Australia hold the Ashes but have not won a Test series away to England for 18 years.