Tim Paine had famous interactions with Rishabh Pant and it seems little has changed with the Australian. 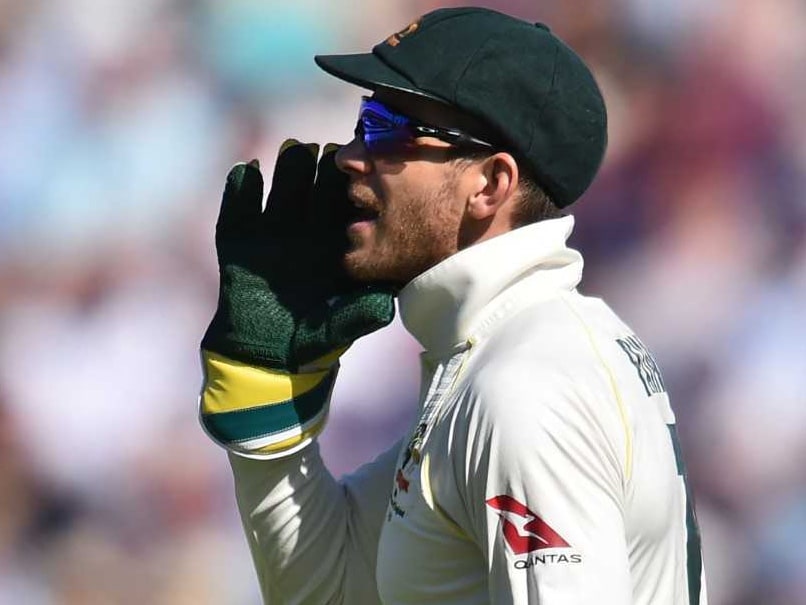 Tim Paine, the Australian Test skipper, does not shy away from chattering from behind the stumps and he was at it again on the opening day of the first Test against Pakistan at the Gabba on Thursday. From his "baby sitting" banter with Rishabh Pant to vowing to support Mumbai Indians in the Indian Premier League in return of Rohit Sharma's six, Paine has time and again proved that there is hardly anyone better than him when it comes to hilarious comments. On Thursday, Paine tried to get in the ear of another wicketkeeper in Mohammad Rizwan.

Clearly pumped up after the hosts claimed five wickets for 19 runs to have Pakistan reeling at 5/94, Paine dropped another comical sledge to start the Australian summer.

"Sarfaraz would have already hit him four, Gazza," Paine was caught on stump mic saying to Marnus Labuschagne, stationed at short leg, after Rizwan blocked a shot off Nathan Lyon.

Tim Paine was impressed with Muhammad Rizwan's scent upon his arrival at the crease #AUSvPAK pic.twitter.com/DMHYDEm2Pl

Rizwan eventually fell controversially as Pat Cummins appeared to have overstepped, only for TV umpire to give the benefit of the doubt to the bowler.

Earlier, Pakistan won the toss and opted to bat but the visitors were bowled out for 240 just before stumps in Brisbane.

Mitchell Starc, Josh Hazlewood and Pat Cummins tore through the Pakistan batting order to put the hosts in charge at the close of play.

Pakistan openers Shan Masood and Azhar Ali had frustrated the Australian pace attack in the first session but the hosts seized the initiative after lunch when they took five wickets for just 19 runs, reducing Pakistan from 75/0 to 94/5.

Pakistan Cricket Team Tim Paine Cricket
Get the latest updates on ICC Women's Cricket World Cup 2022 and IPL 2022, check out the Schedule , Live Score and IPL Points Table. Like us on Facebook or follow us on Twitter for more sports updates. You can also download the NDTV Cricket app for Android or iOS.