Tim Paine "Gets Cranky" With Marnus Labuschagne In 2nd Test Against Pakistan. Watch

Australia vs Pakistan: Tim Paine and Marnus Labuschagne provided a light moment on Day 3 of the day-night Test at the Adelaide Oval. 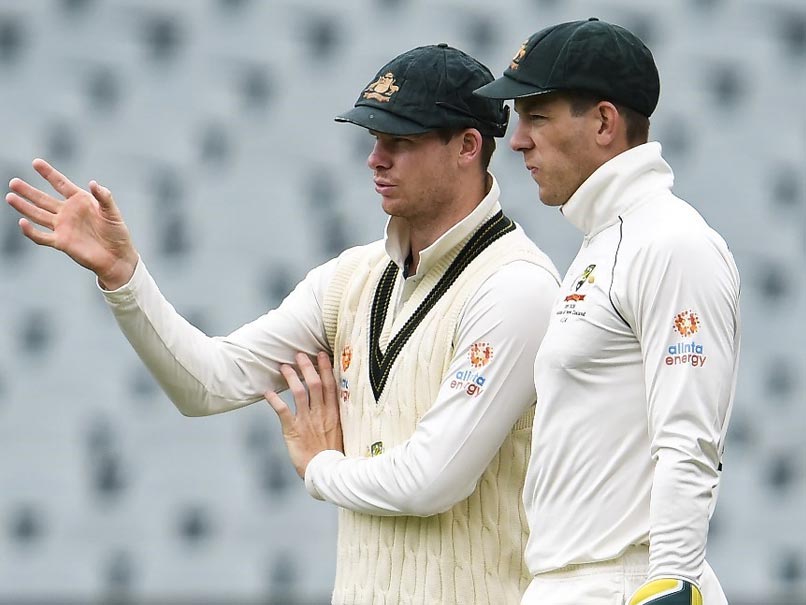 Tim Paine has gained notoriety for his witty comments, both on and off the field.© AFP

Marnus Labuschagne might have found the finest of form with the bat, having scored two back-to-back centuries, but that did not stop him from being on the receiving end of some sass from Australia captain Tim Paine. As Pakistan's seventh-wicket partnership of Babar Azam and Yasir Shah frustrated Australia, part-time spinner Marnus Labuschagne was brought into the attack from one end. Having bowled five overs without much to show for, he thought his spell was done when Mitchell Starc was brought in to bowl and put on his shin guards. But, Tim Paine just wanted him to change ends and asked him to bowl the over after Mitchell Starc's, catching him unaware.

"Bowling mate, bowling," Paine, notorious for his banter, is heard saying on the stump mic. "You are bowling," he repeats with a little more condescension in his tone, before breaking into a grin.

Labuschagne is seen quickly scrambling to get his shin guards and sweater off in the video shared by cricket.com.au with the caption "When the captain gets cranky with you!"

Paine has gained a reputation of being an entertaining sledger, with his banter caught on the stump mic often providing viewers a good laugh. In the first Test at the Gabba, his "smells nice" comment to Pakistan stumper Mohammad Rizwan went viral.

David Warner's triple-century had put Australia in control in the day-night Test at the Adelaide Oval before some inspired bowling from Starc helped them reduce Pakistan to 89/6. Babar Azam and Yasir Shah's defiant partnership was getting troublesome for Australia, although not really posing a threat to their first innings score. Starc eventually brought an end to the 105-run stand when he drew the edge from Babar Azam's bat to get his fifth wicket in the match and send the Pakistan batsman packing just three runs short of his second century of the series.