Naseem Shah will become the youngest cricketer to play a Test match in Australia if he is selected in the starting XI. 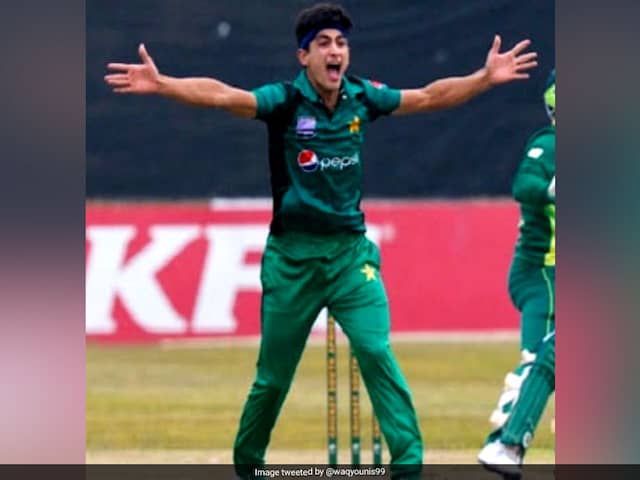 Naseem Shah has been named in Pakistan's squad for the two-Test series against Australia.© Twitter

Pakistan coach Misbah-ul-Haq has backed rookie quick Naseem Shah and said that if he becomes the youngest person to play a Test down under, the conditions in Australia could be in his favour. "We are looking forward to him bowling in Australian conditions which will give him some assistance with pace and bounce," Misbah was quoted as saying by www.cricket.com.au. "Everyone is excited to get him in the team also and see how he bowls in Australia," the Pakistan head coach said.

"It will help that he can bowl in good areas. He can bowl really well with the new and old ball. He is doing that in first-class already. We are looking forward to him putting the ball in the right areas at that pace, it could be a surprise packet," Misbah added.

Shah has been named in Pakistan's squad for the two-Test series, beginning next month at the Gabba in Australia.

All of 16, Shah will become the ninth youngest player in Test history, and the first of his age to feature in a Test on Australian soil if he plays.

"I aim to make an impression with my speed and swing if given a chance in the Tests against Australia," Shah was quoted as saying by www.cricket.com.au.

"The conditions in Australia help fast bowlers. My aim is to make maximum use of the conditions and give a tough time to the home side.

"Playing on hard and bouncy pitches will be a great experience and a learning curve for me."

Pakistan take on Cricket Australia XI in a T20 match on Thursday, before a three-match T20I series against the hosts starting in Sydney on Sunday.