Tim Paine, Trolled For India Test Series Comment, Says "Most Of It I Deserve"

Australia Test skipper Tim Paine lauded Indian cricket fans' passion towards the sport after his name trended on Twitter in India regarding his famous sledge to Ravichandran Ashwin during the Sydney earlier this year. 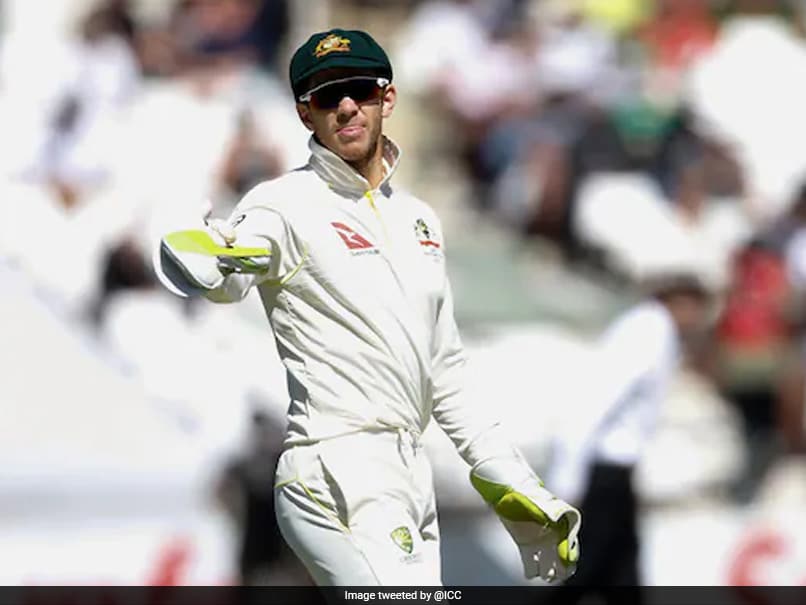 After Tim Paine indicated that his side was distracted by Team India during the tour which eventually saw the hosts losing the Test series in January this year, the Australian skipper started trending on social media platform Twitter, where the Indian fans had their share of fun with him. India defeated Australia by three wickets against all odds in the final Test of the four-match series at The Gabba in January to take the series 2-1. Paine claimed that the Ajinkya Rahane-led side created "sideshows" by saying that the visitors were not going to the Gabba (venue of the fourth Test).

"Part of the challenge of playing against India is they're very good at niggling you and trying to distract you with stuff that doesn't really matter and there were times in that series where we fell for that," news.com.au quoted Paine as saying at a function for the Chappell Foundation at the SCG on Wednesday night.

"The classic example was when they said they weren't going to the Gabba so we didn't know where we were going. They're very good at creating these sideshows and we took our eye off the ball," he added.

After this, Paine started trending on Twitter and a sports journalist shared a snippet in which Indian fans can be seen having fun with Paine, while reminding him of his famous sledge to Ravichandran Ashwin during the Sydney Test.

"Almost 6 months on, poor old @tdpaine36 is still copping heat from Indian fans... and these are just the ones I'm tagged in," tweeted the journalist.

To this tweet, Paine replied, "Love their passion, Brent. Most of it I deserve."

During the Sydney Test, when Hanuma Vihari and Ravichandran Ashwin were grinding it out in the middle, Paine sledged Ashwin saying that his team cannot wait to see visitors reach Gabba, Brisbane.

As fate has it, India sealed the famous series win in Brisbane and now the sledge is used to mock Paine.

The last time a visiting team came out triumphant from the Brisbane Cricket Ground was back in November 1988 when the mighty West Indian outfit under the leadership of Viv Richards thrashed Allan Border's team by nine wickets.

What made the feat even more commendable is how Team India fought multiple injuries and mental fatigue, due to the bio-bubble restrictions to register a historic win.

India Cricket Team Tim Paine Cricket
Get the latest updates on SA vs IND 2021-22, check out the Schedule and Live Score . Like us on Facebook or follow us on Twitter for more sports updates. You can also download the NDTV Cricket app for Android or iOS.