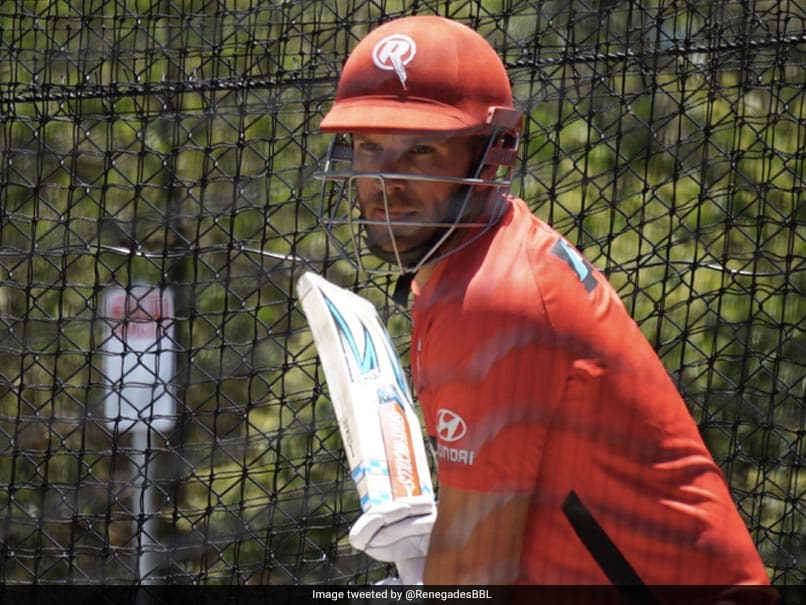 Australia white-ball skipper Aaron Finch will return for Wednesday night's clash with the Perth Scorchers at Marvel Stadium in the ongoing Big Bash League (BBL). Finch, the Melbourne Renegades gun player, has missed the team's opening three matches, taking time to recover from a knee injury after leading Australia to their maiden T20 World Cup title. "I'll play. I'll hit a lot of balls over in the next couple of days but all's feeling good at the moment," Melbourne Renegades' website quoted Finch as saying.

"I trained the other day. I haven't done a huge amount of running or anything, but I batted and felt pretty good. I'll have a good solid hit-out today and a decent field," he added.

Finch revealed he has undergone rehabilitation and is ready to go out and perform for the Renegades.

"We pushed really hard to get back (for the World Cup) and that was a risk well worth taking," said Finch.

"It just probably needed a little bit more time and from the end of the World Cup to now, there's been a good month of rehab into (my knee) which has helped," he added.

The Renegades will now play three straight games at Marvel Stadium, with back-to-back clashes against the Scorchers on December 22 and 26, followed by the Hobart Hurricanes on December 29.

Aaron Finch Cricket
Get the latest updates on ICC Women's Cricket World Cup 2022 and IPL 2022, check out the Schedule , Live Score and IPL Points Table. Like us on Facebook or follow us on Twitter for more sports updates. You can also download the NDTV Cricket app for Android or iOS.