Citing "concern for the health and safety of players, match officials, and volunteers", Cricket Australia announced the three-match series would not go ahead. 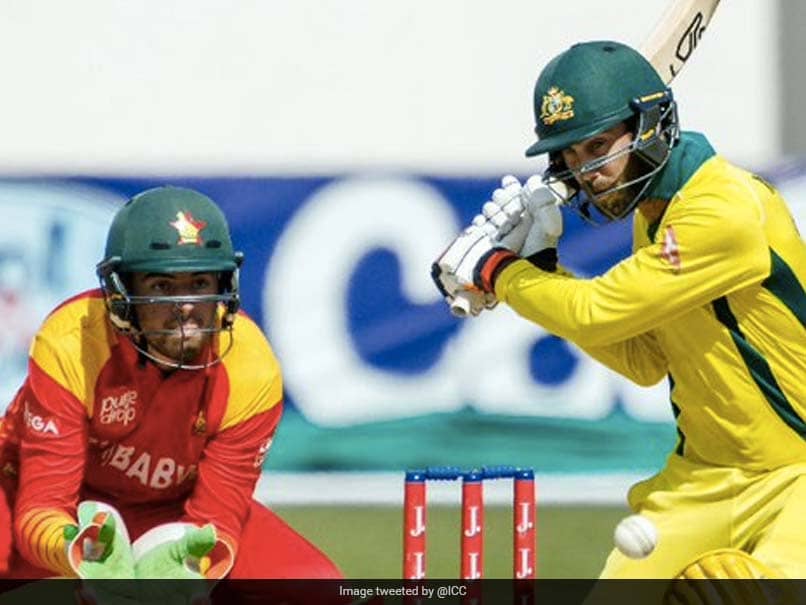 Australia's 3-match ODI series at home against Zimbabwe has been postponed.© ICC/Twitter

Australia on Tuesday postponed the one-day international series against Zimbabwe in August, the latest sporting fixtures to fall victim to the coronavirus pandemic. The three-match tour had been scheduled for August 9-15 and would have marked the end of a 12-year absence of international cricket in Australia's far north. Citing "concern for the health and safety of players, match officials, and volunteers", Cricket Australia announced the three-match series would not go ahead. A CA statement said a combination of factors including the short length of the series and the significant bio-security measures that would need to be implemented contributed to the decision to postpone.

"While we are disappointed to postpone the series, (Cricket Australia) and (Zimbabwe Cricket) agree that in the best interest of players, match officials, volunteers as well as our fans, that this is the most practical and sensible decision," said Cricket Australia CEO Nick Hockley.

"We are committed to working with Zimbabwe Cricket on alternative dates to reschedule", he added.

Zimbabwe have not visited Australia since the 2003-04 summer when they played two Tests.

"We were excited about facing Australia but, given the circumstances, deferring the tour was the only possible option," said Givemore Makoni, Zimbabwe Cricket's acting managing director.

"We are, however, looking forward to the rescheduling of the series as soon as practically possible."

Under current Australian regulations, the Zimbabwean team would likely have had to endure a 14-day quarantine when entering the country, and possible further isolation when travelling across state boundaries within Australia.

Zimbabwe Cricket Team Cricket
Get the latest updates on IPL 2020, check out the IPL Schedule for 2020 and Indian Premier League (IPL) Cricket live score . Like us on Facebook or follow us on Twitter for more sports updates. You can also download the NDTV Cricket app for Android or iOS.