Australia Players To Train In Adelaide After Returning From England Tour

The Australian men's team which is currently playing a limited-overs series in England will return to the country via South Australia. 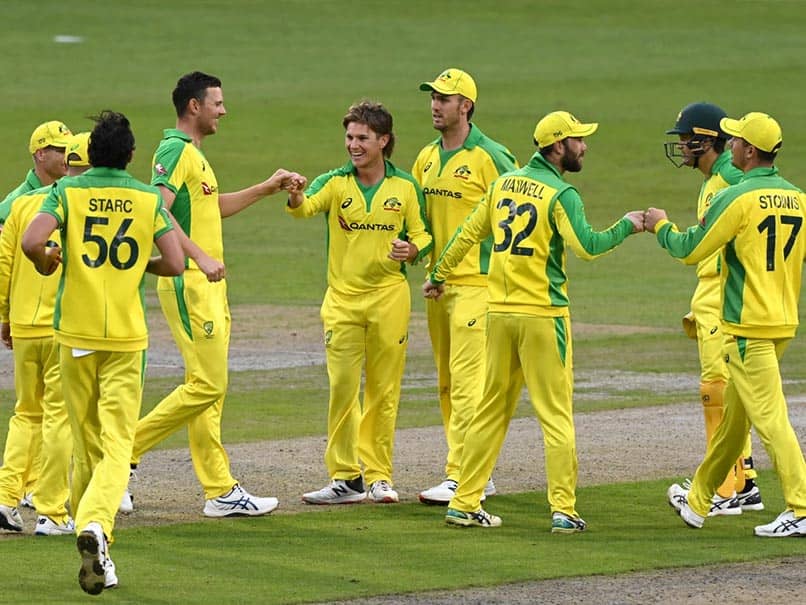 After losing the T20I series, Australia defeated England in the first ODI on Friday.© AFP

The South Australia Government has approved Cricket Australia's detailed proposal which will entail all players and staff being accommodated at the Oval Hotel in Adelaide on their return to Australia.

Players and staff will be permitted to train at the Adelaide Oval during their stay to prepare for the summer ahead.

Nick Hockley, Cricket Australia's Interim Chief Executive, said the announcement was a significant development in planning for the 2020-21 international season.

"CA is committed to staging a safe and successful summer and today's agreement with the authorities in South Australia is a positive step towards achieving that.

"The health and safety of the South Australian community is our highest priority and the guiding principle in our planning.

"International travel in the time of a global pandemic presents many challenges, and we deeply appreciate the efforts of everyone in the SA Government, SACA and CA for working through these in a constructive, cooperative manner.

"There is so much to look forward to this summer, and plenty of work going on behind the scenes to ensure that happens. Today's announcement will allow the Australian men's squad to safely stay in Adelaide while also maintaining their training loads for the big season ahead."

South Australian Premier Steven Marshall said: "Cricket Australia and SA Health have both worked hard to make this happen and today's announcement will pave the way for a massive summer of cricket right here at Adelaide Oval."

Keith Bradshaw, SACA's Chief Executive, said: "We are happy that we are able to assist the Australian men's cricket team on their return to South Australia and at Adelaide Oval in the Oval Hotel. Rest assured we have undergone rigorous procedures with Premier Steven Marshall and the SA Government, to ensure the safety of the public and the players.

"Our hope is that the Oval Hotel can continue to be used in the successful staging of international cricket this season."