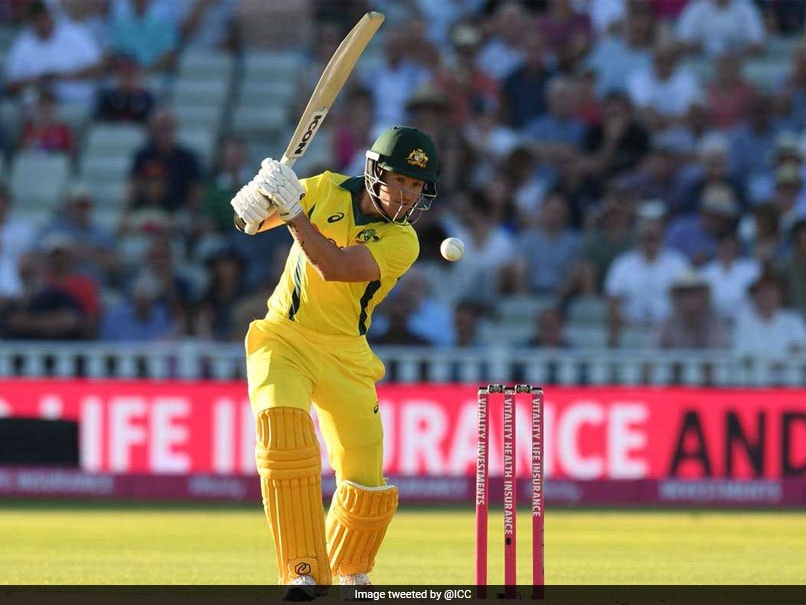 D'Arcy Short was adjudged man of the match for his fine 68-run knock.© Twitter

Opener D'Arcy Short smashed an unbeaten half-century as Australia registered a seven-wicket victory over the United Arab Emirates in a lone Twenty20 International in Abu Dhabi on Monday. Short struck eight boundaries as he finished with 68 not out off 53 balls to help Australia chase down a modest 118-run target in 16.1 overs. After winning the toss, UAE opted to bat first but were restricted to 117 for the loss of six wickets. Short overcame the loss of skipper Aaron Finch (one) and Chris Lynn (20) as Australia tuned up for their three-match T20 series against Pakistan starting in Abu Dhabi on Wednesday.

Nathan Coulter-Nile and Billy Stanlake finished with identical bowling figures of two for 20 as UAE lost wickets at regular intervals. The home team got off to a poor start, losing Ashfaq Ahmed for a duck in the first over of the match. Skipper Rohan Mustafa, too walked back without scoring as pacer Stanlake knocked over his stumps. Chirag Suri and Rameez Shahzad tried to steady the UAE innings but the former was dismissed by Coulter-Nile in the sixth over of the match. Post the initial setback, Rameez Shahzad and Shaiman Anwar played gritty knocks to take the team's total past the 100-run mark.

While chasing, Australia lost Finch and Lynn inside the powerplay overs but Short, at the other end played fluently, ensuring victory for the team with 23 balls to spare.

The 23-year-old left-hander was adjudged man of the match for his fine 68-run knock.

Australia will now play a three-match T20I series against Pakistan scheduled to start from October 24. The first match will be played in Abu Dhabi while the second and third T20Is will be played on October 26 and 28 in Dubai respectively.

Nathan Coulter-Nile Cricket
Get the latest updates on IPL Auction 2023 and check out  IPL 2023 and Live Cricket Score. Like us on Facebook or follow us on Twitter for more sports updates. You can also download the NDTV Cricket app for Android or iOS.