Mohammad Abbas has taken 59 wickets in his 10 matches. 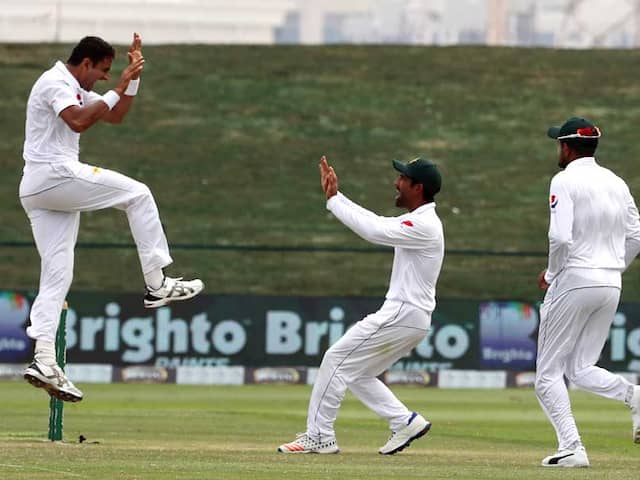 Pakistan fast bowler Mohammad Abbas rose to number three in the Test bowling rankings on Sunday following his 17 wickets in the series against Australia in the United Arab Emirates. The 28-year-old took 10 for 95 to help Pakistan to their biggest Test win -- a 373-run hammering of Australia -- in the second Test in Abu Dhabi on Friday, giving them a 1-0 series win. He took seven wickets in the drawn first Test in Dubai. The new International Cricket Council (ICC) rankings see Abbas shoot to third from 14th and he is now behind only England's James Anderson and South Africa's Kagiso Rabada. Abbas has taken 59 wickets in his 10 matches and became the joint second-fastest Pakistani to take 50 wickets during the second Test -- a mark he shares with legendary paceman Waqar Younis and Shabbir Ahmed.

He's already bagged four five-wicket hauls in Test cricket and this was his first 10-wicket haul in a match. Currently, Abbas' bowling average, 15.64, is the best for any bowler with 50-plus wickets in the last 100 years and fourth-best overall.

Pakistan's leg-spinner Yasir Shah was the fastest to reach 50 wickets, taking just nine Tests. Among the other Pakistani bowlers to make big moves up the ladder was Bilal Asif, who picked up three wickets in the first innings. With the six he got in the first Test, Asif now has nine wickets in two appearances, which has helped him get to No.52, a rise of 17 spots.