Pakistan Cricket Board (PCB) chairman Ehsan Mani on Sunday confirmed that the Asia Cup slated to be held in June this year is likely to be postponed if India reach the World Test Championship final. 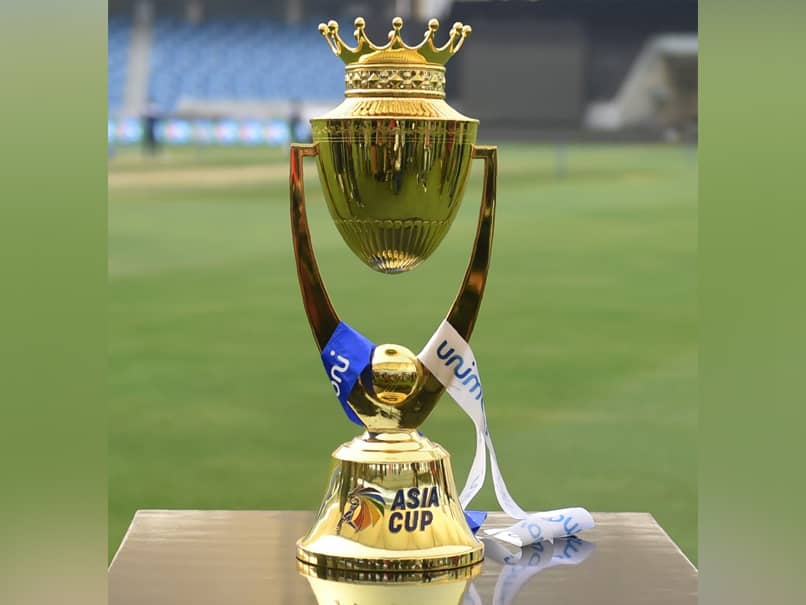 The Asia Cup is scheduled to be held in Sri Lanka in June this year.© AFP

Pakistan Cricket Board (PCB) chairman Ehsan Mani on Sunday confirmed that the Asia Cup slated to be held in June this year is likely to be postponed if India reach the World Test Championship final. "Asia Cup was set to go last year but it got postponed to this year. Right now, it looks like Asia Cup won't be going ahead this year as the WTC finals are set to go ahead in June. Sri Lanka had said that they would try to host the tournament in June," Mani told reporters in Karachi during a press conference.

PCB CEO Wasim Khan also said that it looks like India will reach the finals of the WTC, so the Asia Cup needs to be postponed.

"It looks like India has reached the finals and they will clash against New Zealand. This is why the Asia Cup set to be played in Sri Lanka won't go ahead. We are waiting for confirmation but if it does not go ahead, we are planning for the future," said Khan during a virtual press conference.

Mani also said that the PCB has sent a letter addressed to the International Cricket Council (ICC) in order to get details about the issuance of visas from India for the T20 World Cup, slated to be held later in the year.

"India is set to host T20 World Cup in October-November this year. I have told the board that we want written confirmation from India that our fans, journalists, and players will get visas. I have a meeting with ICC and I will raise this point once again," said Mani.

The PCB has asked India for visa assurances for their players, support staff, fans, and journalists. Mani also said that if India fail to provide assurance then the T20 World Cup needs to be shifted somewhere else.

"The ICC has said that the assurance will come by March. If we do not get the assurance, then the tournament needs to be moved. We have a visa problem, Covid-19 situation also needs to be looked at. The ICC has made a contingency plan that if T20 World Cup cannot be played in India, then it will go ahead in the UAE," said Mani.

"The ICC management has said that the decision needs to be finalised by March 31," he added.

Pakistan Cricket Team Cricket Pakistan Cricket Board
Get the latest updates on IPL 2021, IPL Points Table , IPL Schedule 2021 , live score . Like us on Facebook or follow us on Twitter for more sports updates. You can also download the NDTV Cricket app for Android or iOS.