The 36-year-old Hoggard said he would call time on his 17-year career on September 21 after Leicestershire's County Championship match against Hampshire. 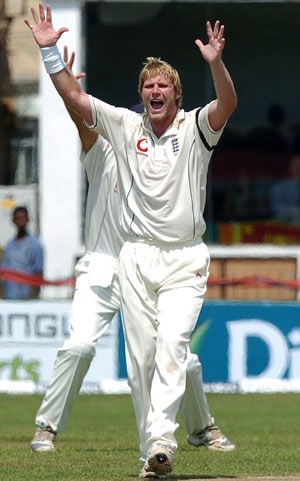 Ashes-winning former England bowler Matthew Hoggard is to retire from first-class cricket at the end of the current English season, he announced Wednesday.

The seamer helped England win the 2005 series against Australia -- their first Ashes campaign success since 1986/87.

Hoggard played in 67 Tests, taking 248 wickets at an average of 30.50, and made 93 international appearances in total for England.

At county level, he played for his native Yorkshire and then went on to captain Leicestershire after leaving Headingley.

The 36-year-old Hoggard said he would call time on his 17-year career on September 21 after Leicestershire's County Championship match against Hampshire.

"I want to thank all of my family, friends, my past opponents, the Professional Cricketers' Association and both Yorkshire and Leicestershire County Cricket Clubs for the support and dedication they have shown me over the course of my career," Hoggard said in a statement posted on his own website.

"Playing cricket professionally and, of course, playing as part of the national side is a dream that nearly every young boy growing up in Yorkshire shares," added Hoggard, eighth in England's list of all-time leading wicket-takers.

"I feel truly honoured to have been given such incredible opportunities and I am grateful to everyone that I have worked alongside for the past 17 years."

Leicestershire chief executive Mike Siddall paid tribute to Hoggard by saying: "Everyone at Leicestershire wishes Matthew and his family the very best for the future following his retirement.

"He has had a massive influence at the club during the four years he has been here, not least captaining the county to its third T20 Trophy win at Edgbaston in August 2011.

"His wicked sense of humour and Yorkshire wit will be missed by all."

Comments
Topics mentioned in this article
Cricket Matthew Hoggard
Get the latest Cricket news, check out the India cricket schedule, Cricket live score . Like us on Facebook or follow us on Twitter for more sports updates. You can also download the NDTV Cricket app for Android or iOS.