"I Knew I Had Messed Up": IPL 2018 Qualifier Dismissal Still Haunts Andre Russell

Rashid Khan getting the better of Andre Russell in Qualifier 2 of IPL 2018 still haunts the star all-rounder from Kolkata Knight Riders. 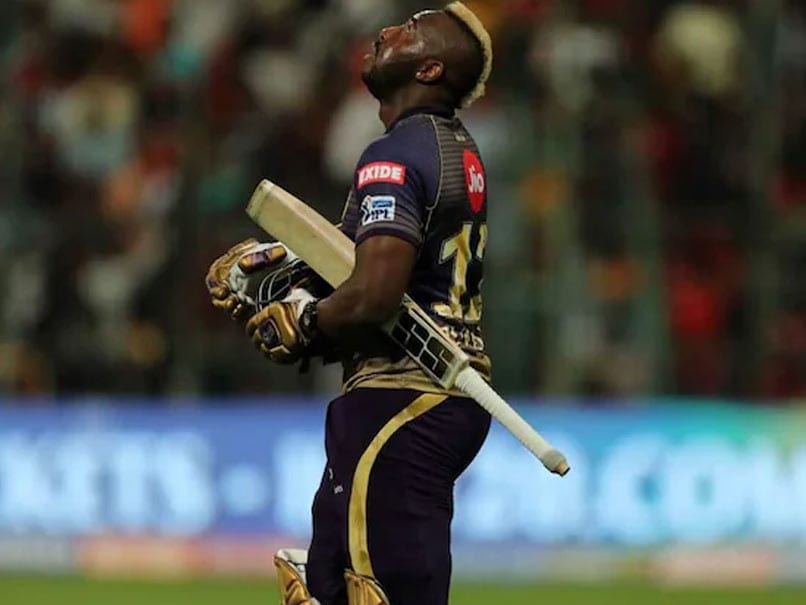 Andre Russell failed to make an impact as KKR lost to SunRisers Hyderabad in Qualifier 2.© BCCI/IPL

Rashid Khan getting the better of Andre Russell in Qualifier 2 of IPL 2018 still haunts the star all-rounder from Kolkata Knight Riders, who have not been able to make the play-offs since then. KKR narrowly missed out on an IPL final berth after being knocked out by SunRisers Hyderabad by 14 runs at the Eden Gardens three years ago. "I didn't get out being Dre Russ," Russell said in a chat with kkr.in. Chasing 175, KKR were well poised at 93/2 at the half-way mark before SRH bounced back by dismissing Chris Lynn and Dinesh Karthik in quick succession.

Russell walked in when KKR needed 57 runs off 33 balls but his stay lasted only seven balls as he got out for just three runs, deceived by a googly from the wily Afghanistan spinner.

"I started to overthink the game. That was actually a ball I could have put away, and that's the moment where I knew I had messed up. If I was still batting at the back end, we would have won comfortably."

He was so disappointed that Russell headed straight into shower with his cricket clothes on.

"I got back inside and went into shower with my cricket clothes on," Russell revealed.

"My shoes and everything was wet. I was just there with the water running all over me because (the loss meant) it was basically the last game (of the season)."

"I was just disappointed with myself. That's why I went into the shower with everything wet. I was happy that no one saw me that way because it was embarrassing. People would have been like - 'Are you losing it?' "I realised (from that incident that) if a bowler feels you are scared to lift your bat, they are going to be all over you. You have to back off a bowler by playing shots sometimes," he concluded.

Andre Russell Rashid Khan Cricket
Get the latest updates on T20 World Cup, check out the T20 World Cup Schedule and Live Score . Like us on Facebook or follow us on Twitter for more sports updates. You can also download the NDTV Cricket app for Android or iOS.