Amit Mishra Spins Trouble for Australia A on Day 1 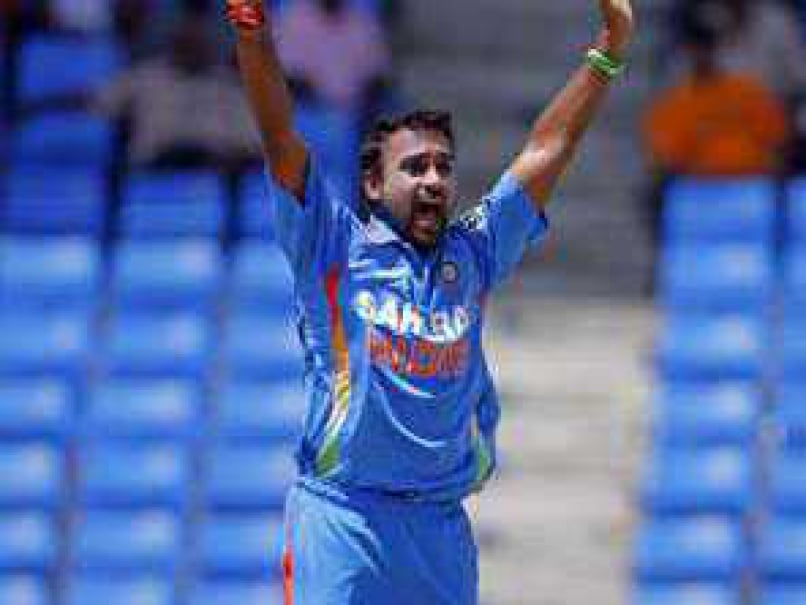 Amit Mishra took 6 for 48 to guide India to a series win in Zimbabwe© AP
Brisbane:

Leg-spinner Amit Mishra bagged four wickets to spell trouble for the hosts as India A checked Australia A to 288 for seven on the opening day of the second and final unofficial Test at the Allan Border Field here on Sunday.

Electing to bat in the four-day game, the Aussies were hurt by pacer Umesh Yadav's (3/42) early burst that fetched him two wickets.

Yadav drew first blood after cleaning up opener Alex Doolan for 18 and soon got left-hander Phillip Hughes for 12. Mishra kept up the pressure to pack Chris Lynn (12) back to the pavilion.

Recovering from 64 for three, Peter Forrest (77) and skipper James Faulkner (94) then put on a 133-run fourth-wicket partnership to resurrect the innings.

Yadav broke the dangerous stand after getting Forrest caught behind to put the hosts in trouble at 197 for four.

Mishra (4/114) then spun into action and the veteran leg-spinner got Faulkner caught behind as the number-five batsman got his 11th first-class fifty but missed out on his maiden ton.

The unstoppable Mishra then got Mitchell Marsh for 14 and soon cleaned up wicketkeeper-batsman Sam Whiteman for 12 to break the back of the Aussie line-up.

Medium-pacer Jasprit Bumrah, who opened the bowling alongwith Yadav, pacer Anureet Singh and off-spinner Baba Aparajith also bowled well but were unlucky not to be rewarded.

Number-eight batsman Ben Cutting on 23 and Cameron Boyce on 2 were at the crease post the completion of 90 overs of the opening day's play.

The first unofficial Test ended in a high-scoring draw after notable double hundreds from Naman Ojha (219 not out in the first innings) and Marsh (211).

Comments
Topics mentioned in this article
Amit Mishra Cricket
Get the latest updates on ICC Women's Cricket World Cup 2022 and IPL 2022, check out the Schedule , Live Score and IPL Points Table. Like us on Facebook or follow us on Twitter for more sports updates. You can also download the NDTV Cricket app for Android or iOS.