Alastair Cook Equals Allan Border's Record, Gets Praise From The Legend Himself 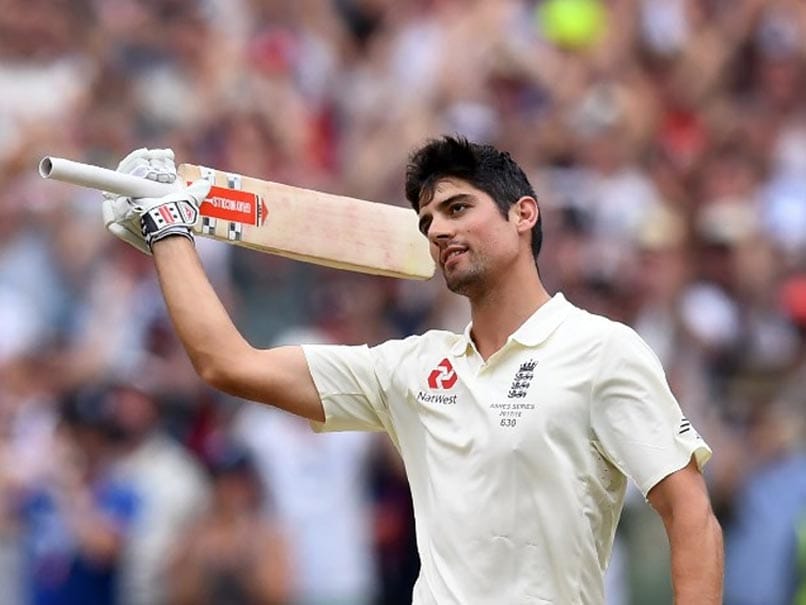 At 33, Alastair Cook is five years younger than when Allan Border played his 153rd Test.© AFP

When England stalwart Alastair Cook took the field against Pakistan in the series opener at Lord's on Thursday, he equalled Allan Border's record of 153 consecutive Test matches. Border and Cook, both left-handed batsmen, each having scored more than 11,000 Test runs, won County Championship with Essex and led their respective countries to Ashes glory. Border, who retired 24 years ago, is full of praise for Cook's remarkable achievement. "Hearty congratulations to Cooky," the Aussie legend said from his home Down Under. After scoring a hundred on debut against India at Nagpur in 2006, illness kept Cook out of the next match. Since then though, he has been one of the most consistent performers over the past 12 years to become England's leading run-scorer.

"I didn't realise anyone was getting that close in terms of consecutive Test matches, but it is an amazing thing," Border said.

"I've been a great fan of his from a distance over the years. I don't know him well, but we've got that Essex connection.

"I spent two fantastic years playing there and so I've watched his progress as a former player from the club.

"To have stayed fit and able to play that many consecutive games is remarkable," the 62-year-old added.

At 33, Cook is five years younger than when Border played his 153rd Test.

But despite his 244 not out against Australia in the fourth Test at Melbourne in December, Cook came into the two-match Pakistan series under greater pressure than usual.

The past year has seen Cook score two double-centuries but only a further 216 Test runs at an average of 13.5 since last August.

Border, however, forecast Cook's Test career could run for a while yet.

"There is no reason why he can't keep going for a few years yet.

"The number he ends up with could be something quite extraordinary.

"When I finished I was 38. Cook is only 33 so he will understand his game well enough to know where he is at when it comes to his performances.

"The Ashes are only just over a year away, so he'll be 34 and could have a great series, and then he might even fancy coming back to Australia again. He's the only who will know."

Comments
Topics mentioned in this article
England Cricket Team Australia Cricket Team Alastair Cook Allan Robert Border Cricket
Get the latest updates on IPL Auction 2023 and check out  IPL 2023 and Live Cricket Score. Like us on Facebook or follow us on Twitter for more sports updates. You can also download the NDTV Cricket app for Android or iOS.