Afghanistan To Host Ireland For Full Series In Dehradun 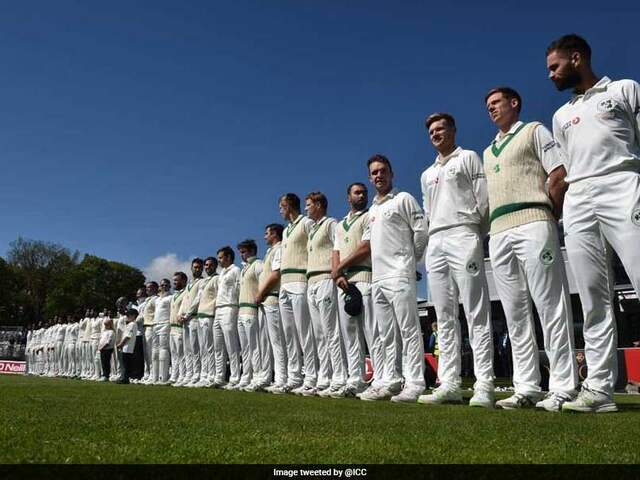 Afghanistan will host Ireland for a full series in February-March next year.© Twitter

Afghanistan will host Ireland for a full series in February-March next year in the Indian city of Dehradun, the International Cricket Council (ICC) announced on Friday. Afghanistan will play three Twenty20 Internationals (T20Is), five One-day internationals (ODIs) and a one-off Test against Ireland. While both the teams will play their second Test match since becoming a Test playing nation, Ireland will play their first overseas Test. Earlier in 2018, Ireland started out at home against Pakistan, losing by five wickets, while Afghanistan played India in Bengaluru, losing the contest by an innings and 262 runs.

The matches will be played at the Rajiv Gandhi International Cricket Stadium.

"The Afghanistan series is a major step forward for Irish cricket as the tour is our first major tour as a Full Member. It will no doubt be a test for the entire squad - taking on Afghanistan in subcontinent conditions will require a level of adjustment by both our batting and bowling units," icc-cricket.com quoted Ireland batsman Andrew Balbirnie as saying.

"As we saw here at home in the summer, Afghanistan is a quality side with some world class players, and will be a great challenge in their 'home' conditions," he added.

After the completion of the series against Afghanistan, Ireland will host Bangladesh and then play a Test match in England in July.

"The year will start with this Afghanistan series, and will involve a busy home schedule of matches involving multiple Full Member nations - starting with an ODI against England at Malahide in May. There's also the Lord's Test against England in July, and the year will end with the T20 World Cup Qualifier tournament in October," Balbirnie further said.

"With the retirements this year of Ed Joyce, Niall O'Brien and John Anderson, we know that this is a year that will require the entire squad to step up, and it will also present some of the younger guys with opportunities to stake their claim for national selection. It's an exciting time to be involved in Irish cricket," the Ireland batsman further added.