The Afghan national cricket team resumed training in the capital this week, just days after the Taliban seized control of the country. 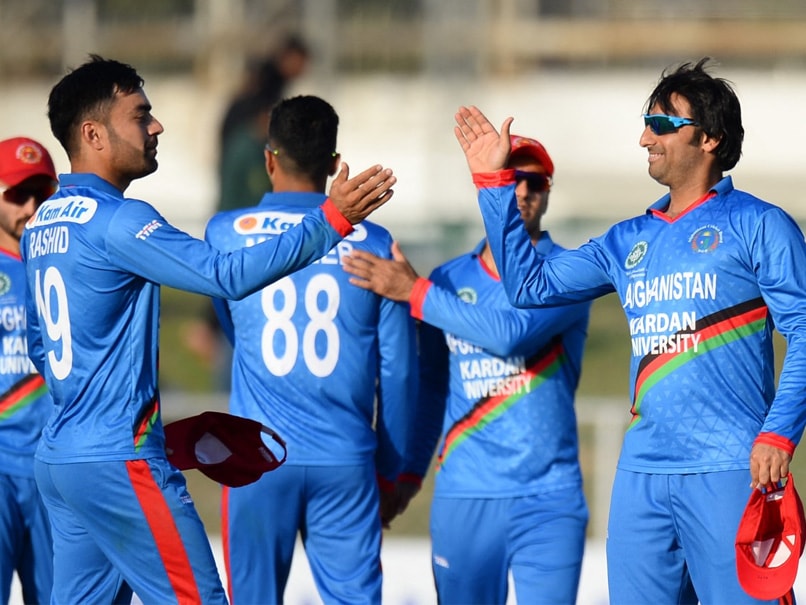 The Afghan cricket team is scheduled to face Pakistan in an ODI series in Sri Lanka next month.© AFP

The Afghan national cricket team was feeling "spirited" after resuming training in the capital this week, just days after the Taliban seized control of the country, the head of the cricket board said on Friday. Following the collapse of the government at the weekend, Hamid Shinwari said the team was once again preparing for its one-day series against Pakistan, scheduled to take place in Sri Lanka in two weeks. "The atmosphere in the camp was very spirited," Shinwari told AFP.

"We will send the team to Sri Lanka once the flight operations are resumed and for that we are in contact with authorities," said Shinwari.

Sport was tightly controlled by Taliban during its first rule of the country in the 1990s, with women being completely banned from taking part.

However, Shinwari said he saw no threats to cricket from the movement.

"Cricket was not an issue during the Taliban regime before and it will not be an issue now. I don't remember any incident caused by the Taliban over cricket," he said.

Shinwari said he was unable to comment on the status of women's cricket but the situation would be clearer in the coming weeks.

Star spin bowler and T20 captain Rashid Khan and all rounder Mohammad Nabi are currently playing The Hundred tournament in England. Both made pleas for peace in their country before the Taliban takeover.

But most other national players are in Afghanistan.

Sri Lanka's cricket board earlier this week said it was still hoping to host Afghanistan and Pakistan for the three matches in an empty stadium at Hambantota.

It was shifted to Sri Lanka after stadiums in the United Arab Emirates -- where Afghanistan play their home matches -- were instead preparing to host the Indian Premier League.

The Afghanistan Cricket Board also announced its Twenty20 league, to start from September 10 in Kabul.

"We are committed to doing well and lifting Afghanistan cricket. We have excellent relations with Pakistan and Indian cricket boards and we are part of the international cricket community," it said.

Mohammad Nabi Rashid Khan
Get the latest updates on IPL Auction 2023 and check out  IPL 2023 and Live Cricket Score. Like us on Facebook or follow us on Twitter for more sports updates. You can also download the NDTV Cricket app for Android or iOS.