Afghanistan vs Zimbabwe: Hashmatullah Shahidi on Thursday scored 200 not out in the second Test and became the first Afghanistan player to score a Test double hundred. 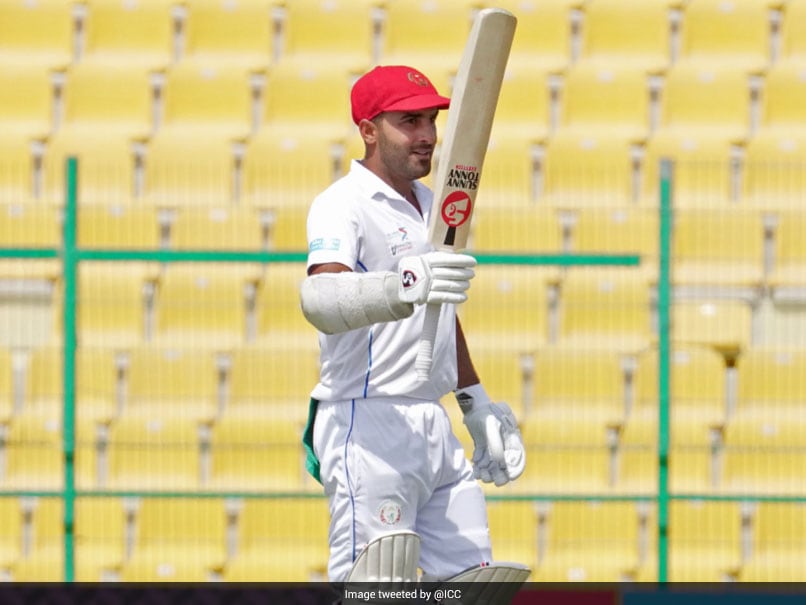 Afghanistan's Hashmatullah Shahidi became the first batsman from the country to register a double hundred in Test cricket. Shahidi got his first double century on Day Two of the second Test against Zimbabwe in Abu Dhabi on Thursday. Shahidi made 200 not out off 443 balls with 21 fours and one six as Afghanistan put up a mammoth 545 for 4 in their first innings. Captain Asghar Afghan made 164 while opener Ibrahim Zadran scored 72. Zimbabwe lead the two-match series 1-0.

Shahidi has played five Tests and 42 ODIs for Afghanistan since making his international debut in an ODI against Kenya.

He made his Test debut in Afghanistan's first-ever Test, against India in Bengaluru in 2018.

In the second Test, Zimbabwe finished 50 without loss at Stumps on Day 2.

Earlier, it was a tough passage of play for the Zimbabwe bowlers who toiled for nearly two days in the field for four wickets.

Afghan and Shahidi shared a 307-run partnership for the fourth wicket to deflate Zimbabwe's bowlers and put Afghanistan in a position of strength.

Afghan, the captain, is now the highest scorer for Afghanistan in their brief Test history with 440 runs from six Tests at 44.

Shahidi comes a close second with his tally of 347 followed by Zadran, who has 327 runs from four Tests.

Zimbabwe had defeated Afghanistan by 10 wickets in the first Test that was also played in Abu Dhabi.

Asghar Afghan Afghanistan vs Zimbabwe, 2nd Test Cricket
Get the latest updates on IPL Auction 2023 and check out  IPL 2023 and Live Cricket Score. Like us on Facebook or follow us on Twitter for more sports updates. You can also download the NDTV Cricket app for Android or iOS.