Australian batsman Adam Voges was taken to hospital after he suffered a concussion during the County game between Middlesex and Hampshire. 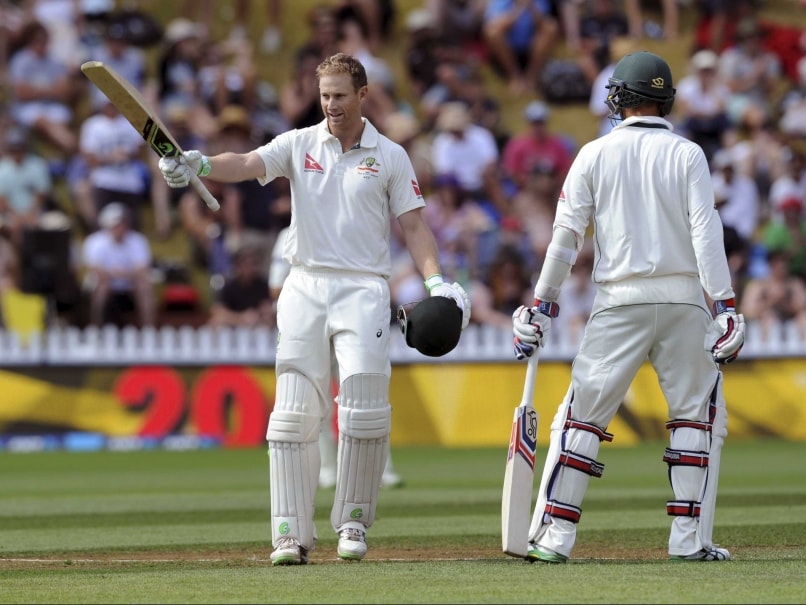 Adam Voges holds the record for becoming the oldest debutant to score a century in Tests at the age of 35.© AP

Australia's Adam Voges was taken to hospital following a concussion scare after the Middlesex captain collapsed during his side's County Championship match against Hampshire on Sunday.

Voges was struck on the back of the head by a ball lobbed by sub fielder Ollie Rayner and which was missed by wicketkeeper John Simpson after a boundary was hit by Hampshire's Michael Carberry at Southampton.

The 36-year-old fell straight to the floor before being helped off the pitch by two physios and was subsequently taken to hospital with a suspected concussion as his participation in the game looks to have ended.

Middlesex director of cricket Angus Fraser said: "The feeling from the physio Peter Waxman is that it is a concussion but that will be shown up later.

"It was a freak injury but you wonder why when a cricket ball which gets thrown around the field as much as it does it doesn't happen as often. A cricket ball is a hard thing.

Comments
Topics mentioned in this article
Australia Cricket Team Adam Voges Cricket
Get the latest updates on IPL 2021, check out the IPL 2021 Schedule and Indian Premier League Live Score . Like us on Facebook or follow us on Twitter for more sports updates. You can also download the NDTV Cricket app for Android or iOS.