"Above All This": Harbhajan Singh Backs Gautam Gambhir In Pamphlets War

Gautam Gambhir has been accused by the AAP of distributing pamphlets containing obscene remarks about Atishi. 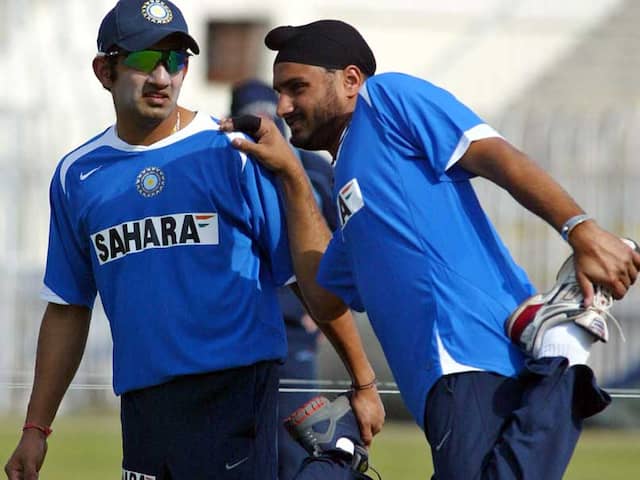 Former cricketer and East Delhi candidate Gautam Gambhir, who is in the eye of a raging row with the Aam Aadmi Party over derogatory pamphlets on his rival Atishi, got support from cricketer colleague Harbhajan Singh.

Mr Gambhir has been accused by the AAP of distributing pamphlets containing obscene remarks about Atishi.

"I am shocked to note (the) events involving Gautam Gambhir. I know him well and he can never talk ill of any woman. Whether he wins or loses is another matter but the man is above all this," Harbhajan Singh tweeted in support of Mr Gambhir.

I am shocked to note yesterday's events involving @GautamGambhir. I know him well and he can never talk ill for any woman. Whether he wins or loses is another matter but the man is above all this

Mr Gambhir, 37, slapped a defamation notice to Delhi Chief Minister Arvind Kejriwal, his deputy Manish Sisodia and Atishi, and said he will sue them if they don't withdraw their allegations and apologise.

The nine-page legal notice - sent through Arun Jaitley's daughter Sonali Jaitley - demands immediate withdrawal of each statement made against Mr Gambhir and denies that the former cricketer had any relation to the pamphlet.

Mr Gambhir also pledged to quit politics, even if it meant resigning the day he won the election, if AAP proved its charge. "But if you don't have any proof, will you retire from politics?" he asked Mr Kejriwal.

A furious Manish Sisodia responded with a counter-threat of defamation.

On Thursday, Atishi broke down at a press conference called by the AAP, where leaders displayed a pamphlet full of religious and sexist attacks on the candidate. "If Gambhir can stoop so low to defeat a strong woman like me, how can he ensure security for women as an MP?" asked the 37-year-old Oxford alumnus.

Today, the 37-year-old Oxford alumnus filed a complaint against her BJP rival with the Delhi Commission For Women.The women's body had asked the police whether it had filed a First Information Report or FIR over the circulation of the derogatory pamphlets.

"I came into politics to fight against injustice; and this sickening pamphlet has only strengthened my resolve," she tweeted today.

The escalation in the AAP-BJP war took place as campaigning tapered down for voting in Delhi on Sunday for the national election. All seven seats of Delhi are with the BJP.

Today is the last day of campaigning in the capital. The votes will be counted on May 23.