AB de Villiers orchestrated an elaborate plan ahead of proposing to Danielle at the Taj Mahal. 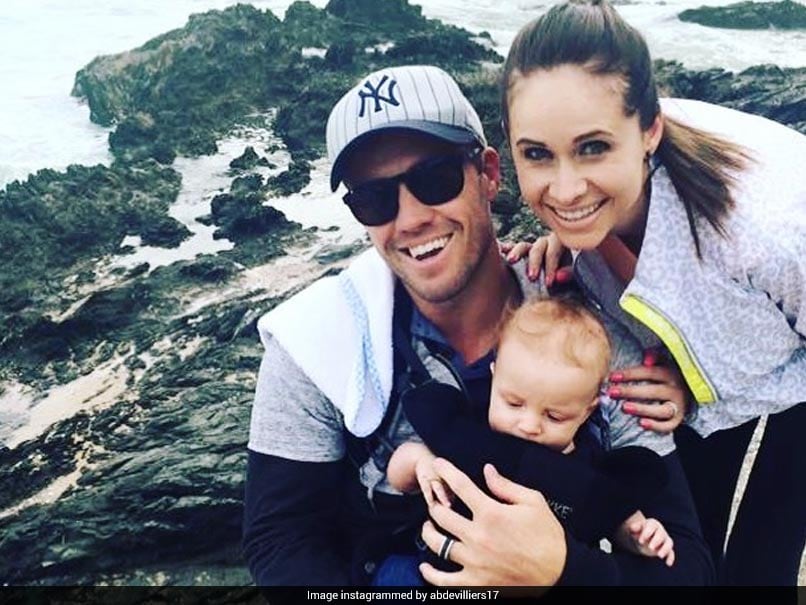 South African all-rounder AB de Villiers recalled how he had to lie to his wife Danielle before proposing her at the Taj Mahal. De Villiers revealed that his proposal idea was meticulously planned as he had to lie to Danielle while asking photographers and videographers to follow them as security guards to the monument. Recalling the sequence of events that led to his proposal, De Villiers said, "I remember what Virat told me when I got back, he's like you're raising the bar way too high for us. But I think he did a pretty good job now with Anushka.

"And now that was a very special time in my life. I surprised Danielle completely, she would have never thought about it. And could not have done it at a more special place than that. About a couple of months, leading up to the IPL, I was obviously planning, got the ring and all of that. And I decided to do it there. And once I got to the IPL. I got 'security guards', who were actually photographers and videographers, to film the whole thing," De Villiers said in an interaction on the web series What the Duck.

De Villiers, who is also known as Mr 360 degrees for his swashbuckling style of batting, married Danielle in 2013 and the couple have two children.

Former South Africa cricketer Jonty Rhodes, who was also part of the episode alongside De Villiers, revealed the reasons why he named his daughter India. "Well, my fame was receding and guys like ABD taking all the limelight so I just steal it little bit. My wife said, being a Yoga teacher, she follows Vedanta philosophy. So for her naming India was for very different reasons to me," Rhodes said.

"My naming India is that I spent 8 seasons here in Mumbai with Mumbai Indians as the fielding coach. My first season was in South Africa, so for 8 years where we based in town and every day that you walk outside your door, you get something different, you experience something different. I think that was the key for me now as a coach who was seeing more and more of India. Because as a player you don't have time. You see the ground, the airport and the studio.

"And I stepped out of that door, every day I saw something different and I lived it. So that was the key with me as an ex-cricket player who still has a little bit of following nothing like a 360 following but you still have a following in India and now I have children and I have seen cricket players with their children come through the ranks and there is an expectation on them to do things or perform or be like their father," he added.

"So India is a girl, that's not a pressure. Oh! There is now, I mean the Indian cricket, the ladies are doing really, really well. And so maybe there will be expectation but I have no expectations," Rhodes further said.

De Villiersalso shed light on Rhodes' influence on him. "I still have grass prints on my knees from trying that diving from 1992 against Pakistan. Growing up, I was 8 years old, so that 'in' thing at school in those years was to imitate that run out so I did it plenty of times and (Rhodes) obviously played a huge role without him knowing it, when I was growing up," he said.

De Villiers added that he always wanted to be like Rhodes. "I always wanted to be like him and I had a green Jonty cap with yellow written Jonty on it. I bought that at first Test match that I ever watched live at Supersport Park when I was 11 years old. Watched him bat in the nets, I was standing behind him and thought it looks pretty good and then I got to meet him quite a few years later and lived up to the expectations I must say," he added.

Comments
Topics mentioned in this article
South Africa Cricket Team AB de Villiers Jonty Rhodes Virat Kohli Cricket
Get the latest updates on Fifa Worldcup 2022 and check out  Fifa World Cup Schedule, Stats and Live Cricket Score. Like us on Facebook or follow us on Twitter for more sports updates. You can also download the NDTV Cricket app for Android or iOS.